Ibrahimovic to have statue erected in Stockholm 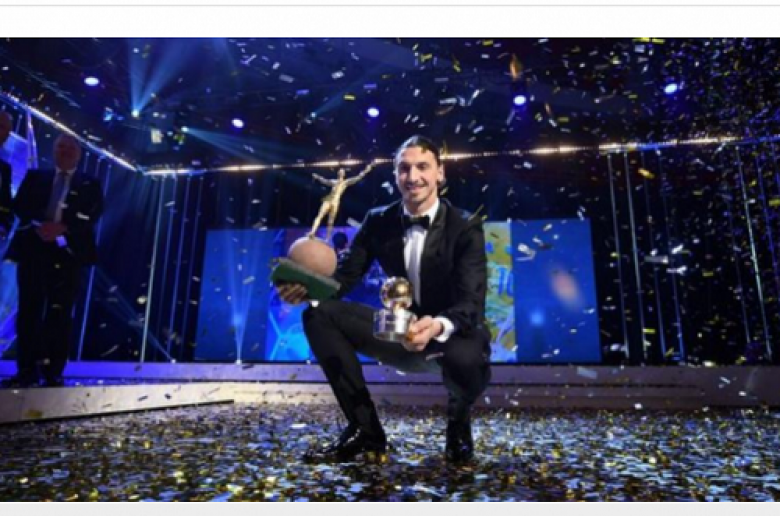 Manchester United's Zlatan Ibrahimovic will have a statue erected in his honour after being named Sweden's top player for a 10th successive year.

The 36-year-old striker received his 'Guldbollen' - Golden Ball - award on Monday at a ceremony in Stockholm, BBC Sport reports.

The statue will go outside Stockholm's Friends Arena, where Ibrahimovic scored four goals against England in 2012.

Ibrahimovic said: "It's huge for me. Most people do not get a statue until they have passed away."

The Swede has won the award every year since 2007 - and also came top in 2005 before losing out to Arsenal midfielder Freddie Ljungberg a year later.

Ibrahimovic retired from international football after Euro 2016. He scored 62 goals in 116 games for Sweden and has won the domestic league title in four different countries.

"After all the hard work for 15 years in the national team - and 20 in my club career - it feels like it is appreciated," added Ibrahimovic, who joined United in the summer from French champions Paris St-Germain.

"The guy from Rosengard [a district of Stockholm where the majority of residents come from an immigrant background] will get his own statue in the capital. A big thank you to everyone."

Swedish Football Association president Karl-Erik Nilsson said: "The statue is a way for us to thank Ibrahimovic for his amazing efforts for Swedish football, but it is also a symbol for everyone to always be reminded and inspired by all he has done."