CoE to soon announce its position on April war

YEREVAN. – Reflecting on the four-day war which Azerbaijan had unleashed against Nagorno-Karabakh (Artsakh) in early April, Director of Human Rights at the Council of Europe (CoE) Directorate General of Human Rights and Rule of Law, Christos Giakoumopoulos, told Aravot newspaper that violations of human rights are painful, no matter what kind of violations they are.

He said they hope the human rights violations that took place during this war will be examined. Giakoumopoulos added that he believes that the CoE will soon have the opportunity to express its respective position.

As per Giakoumopoulos, such human rights violations often occur when the proportionality of the use of force is absent. Thus, according to the CoE official, maintaining balance is a key element of human rights, and he believes that this is what they will endeavor to do. 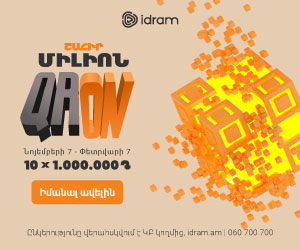 Most Popular
1 With technical support of Ucom “Barcamp Yerevan” took place 2 “The Power of One Dram” is 2 years old. More than 82 million drams were allocated for various initia... 3 EPIC Announces Opening of Applications for EWC Armenia 2022
Poll