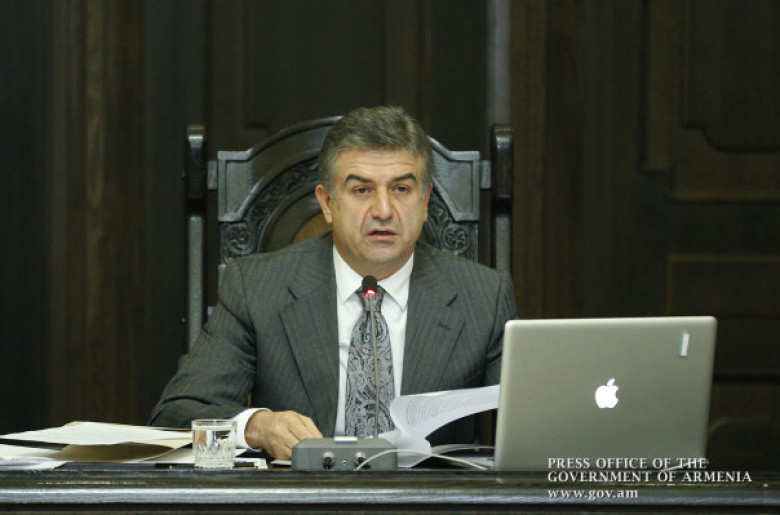 Prime Minister Karen Karapetyan has applied for membership in the ruling Republican Party of Armenia (RPA).

The premier announced his decision at the cabinet meeting on Thursday.

“I have filed my RPA membership application earlier today,” he said, justifying the move by need to ensure a political support for the government.

Karapetyan noted that he was invited to head Armenia’s cabinet by President Serzh Sargsyan, leader of the governing political force.

“Our cabinet was originally a cabinet led by the Republican,” he added.

As for the non-partisan ministers and other cabinet members, Karapetyan said they are absolutely free to decide their political choices and preferences.

He described the Republican as the political force committed to radical changes to ensure the country’s security and development.

Earlier, Minister of Defense Vigen Sargsyan announced a plan to join the RPA. The party will consider the applications at its congress on November 26.

Founded in 1990, the Republican Party of Armenia is a national conservative party dedicated to the idea of fatherland and nation. At its 14th session in May 2014, the party re-elected President Serzh Sargsyan its chairman.