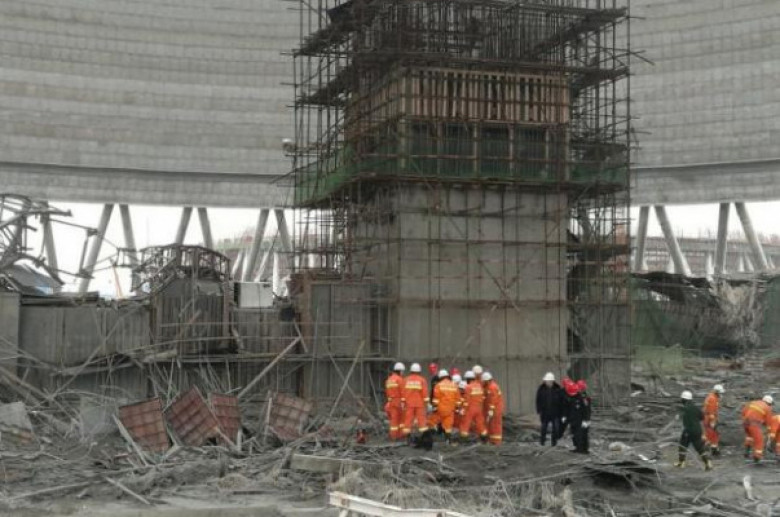 At least 40 people have died and others are still trapped after a platform under construction at a power plant's cooling tower in eastern China's Jiangxi province collapsed on Thursday, Reuters reports citing state news agency Xinhua as saying.

The accident happened in Fengcheng at around 7 a.m. (2300 GMT) and rescuers were on the scene, Xinhua said.

The death toll was likely to rise because an unknown number of people were still trapped, it said. Five injured workers have been sent to hospital.

Deadly accidents are relatively common at industrial sites in China, and anger over lax standards is growing. Three decades of swift economic growth have been marred by incidents ranging from mining disasters to factory fires.

China has vowed to improve safety at such facilities. President Xi Jinping has said authorities would learn the lessons paid for with blood after chemical blasts in the port city of Tianjin killed more than 170 people last year.