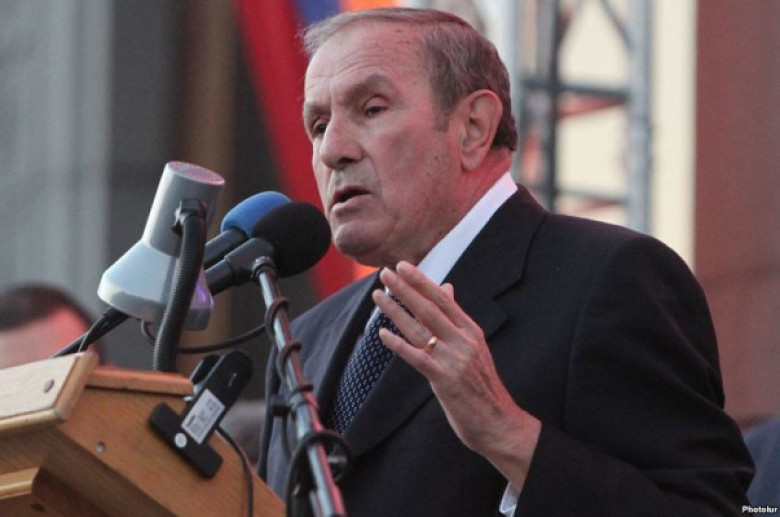 In a country where the lion’s share of national wealth is concentrated in the hands of just a few families, expecting fair elections would simply amount to a political illiteracy, first President Levon Ter-Petrosyan has said, commenting on the April 2 parliamentary election.

In an extensive article published by iLur.am, Ter-Petrosyan highlights the lack of average class as a major impediment to the conduct of free elections.

“It is time, probably, to open the brackets. In democratic countries, it is absolutely the average class – rather than the state administrative machinery, the wealthy class or the lumpen society – that determine the outcome of elections. I repeat, it holds true only democratic countries, not despotic regimes like Armenia, where the middle class is simply neutralized. The country is totally in the hands of corrupt government officials, law enforcement bodies enforcing [only] punishment, monopolistic entrepreneurs and criminal authorities that fully master the enslaved people's fate, repeatedly ensuring their reproduction through all possible illegal methods,” he says, adding that the impoverished class is simply coerced into accepting electoral bribes under intimidation or pressure.

Ter-Petrosyan further blames the ruling authorities for a disrespectful attitude to the society, criticizing the repeated attempts (in the media and the social networks) to drive a  wedge between the people in Armenia and Nagorno-Karabakh (under conditions of a  war-and-peace dilemma).

“Armenia and Karabakh are our common fatherlands, and our citizens equally share both the victories and defeats, and the deprivations and suffering. Meantime, it is important to keep in mind that the people in Karabakh are on the frontline of confrontation, facing the permanent threat of border clashes and firings. Therefore, they are more sensitive to the realities, a fact that requires a bit more delicate attitude by the society in Armenia. Tactical political disagreements between the two units of the Armenian statehood are absolutely logical. They have always existed and were usually resolved through a mutual agreement between the leadership of Armenia and Karabakh. What is impermissible and condemnable though, is the attempts to reduce those disagreements to the domain of everyday intolerance and mutual accusations,” reads the article.