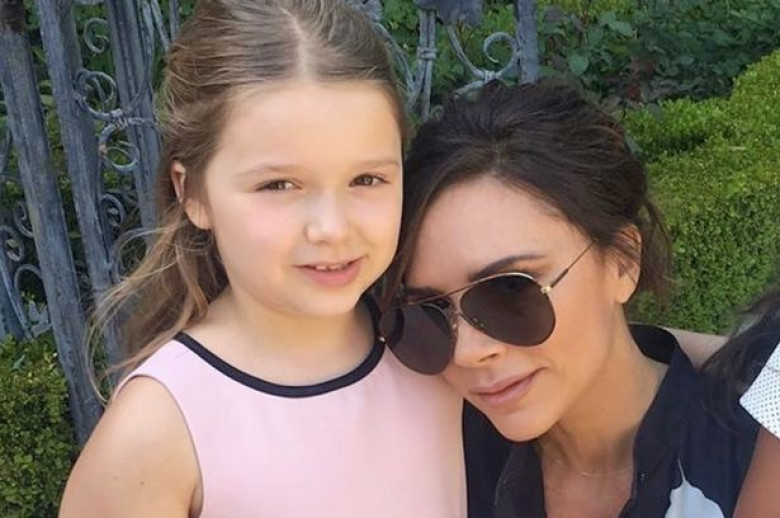 Growing up with famous parents would be a mind-warp. At home, they’re just parents. That is, until a reminder of their fame sneaks in to shake things up. Take Harper Beckham for example, daughter of soccer superstar David Beckham and former pop star Victoria Beckham.

On Friday, Victoria Beckham introduced Harper a set of Spice Girls dolls. They clued her in about her mom’s massive past in the music industry.

It happened in the sweetest way. Victoria gently introduced Harper to the dolls, including her alter-ego Posh Spice. Harper discovered that her mom is not ONLY a fashion goddess but also a former pop star who took the world by storm in (arguably) the greatest girl band ever. Thankfully, Victoria documented the entire event on Snapchat.

The photo evidence is adorable, and TBH we kinda want to play with these dolls too.

This revelation is lot to take in for a 6-year-old! We wonder if Harper later watched Spice World, the Spice Girls movie, to catch up on her history. Maybe Victoria will save that for when she’s a bit older.

It’s like the girls sing: Spice up your life!