0
16:42Annual scholarship for young Armenian talents 11:20Ameriabank as a Promoter of Armenian Culture: Launch of “An Armenian Odyssey: The Color of Pomegranates” Festival 9:13Ameriabank Receives Two IFC Awards for Achievements in Trade-Finance Sector 12:59“Khachaturian Trio” is preparing for a large-scale tour: Karen Shahgaldyan 13:59Get a credit card with a limit of up to AMD 5 million by Unibank 13:18all.me in spotlight at Blockchain and Digital Assets Session at WCIT 2019 18:05all.me ready to assist in increasing transit potential of Eurasian Economic Union 18:03Russian First Deputy PM: Information regarding goods on territory of Eurasian Union should be stored on single resource 11:55all.me | Tickets for WCIT 2019 available on meMarket with 25% discount 17:50all.me digital platform becomes WCIT 2019 Special Partner 17:17The first Armenian International Photo Fest opened in Yerevan supported by Tovmasyan Charity Foundation 16:03Yerevan hosts the presentation of Canadian Institute’s (YEDI) Start-Up programs (video) 16:57ANIF announces the appointment of Dominique de Villepin to its Board of Directors. 14:37OFID and Ameriabank strengthen trade and development in Armenia 15:39Intentional distortion of the Constitution is a very dangerous step. I think that the CC members should decide on stopping Vahe Grigoryan's powers. Gor Hovhannisyan 16:23Ara Sargsyan. desire to keep pace with best international practices is in our dna 11:312 nd youth entrepreneurship conference launched in Yerevan 10:02რუსი სახელგანთქმული გოგონები ძუძუმწოვრებით სემენოვიჩთან შედარებით. მიიღეთ გულმკერდის: "ცხელი" ვარსკვლავები დიდი ბიუსტი 16:20The project "Days of Maltese Music in Armenia" is another step towards strengthening the friendship between the Armenians and the Maltese 9:57Three Armenian Banks Finance Significant Investment Deal of Armenian Company
24 July, 2017 17:55

10 Highly Dangerous Bridges in The World 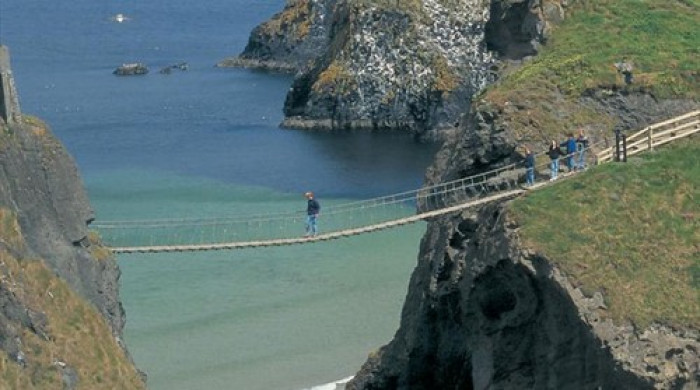 Ghasa is a highly dangerous bridge, situated in Gus Village, Nepal. Besides the fact that this bridge has been poorly constructed, every day not only the humans but also the cattle cross it in a large number. It is interesting to know that Ghasa is a very small and narrowly constructed bridge, but still the people even the little children find it to be no problem to cross it. Vine Footpaths AKA Bridges are situated in Ivy Valley, Japan. The small bridges were made in ancient time for the warriors and refugees to protect their territories.  It is situated over the Iya River and has been spaced with 13 inches from the two sides of the mountains. On one side of the Iya River is situated the famous Repovesi Nature Park. The architects must have thought of narrowing the bridge to much extent, but it seems that they didn’t know that the crossers will find it really troubling to go over it and will have lack of posture balance. Taman Negara National Park Bridge is a long suspension bridge of Malaysia. Every day hundreds of local people and tourists cross this bridge to reach to the other side of the area. During the rainy season, this bridge remains extremely wet and is hard to cross. It is expanded in an area of about 550 meters at the height of 40 meters. The government needs to pay attention to reconstruct this bridge because it is really tough for a newcomer to cross over it. The interesting yet dangerous fact about this bridge is that it is situated in the depths of forests of Ghana. The forest floor of Kakum National Park Canopy is about 76 feet. Although the local theme park remains full with the tourists but this bridge is really tough to cross. Only the weak support of rocks has been provided on its two sides. The woods used for its construction have been damaged. The Trift Bridge I situated in the Alps of Gadmen. This is a 180 meters long and 110 meters high bridge of Switzerland. The Trift Bridge was constructed in 2004 and underwent a reconstruction in 2009. This bridge is not safer to cross and the level of security is extremely poor. The two sides have no protection, not even the support of ropes. Musou Tsuribashi Bridge is a Japanese bridge and one of the most terrible bridges in the world. It was constructed in 1950 and is quite narrow. The bridge has poorly constructed boards and ropes to support. It is crossed by hundreds and thousands of people every day. If you have the plan to cross this bridge, you should think thrice because it is really going to be a terrible experience. The Aiguille du Midi Bridge is located in France. If you are suffering from any heart disease, then I recommend you to skip the plan of crossing this bridge. It is narrow and has a height of about 12600 feet above the sea level. The bridge has support from its two sides, but the height it is at is extremely terrifying for anyone who has fear of heights. The Foot Bridges of Pakistan are just like the playground for the children. This bridge is hanged high with poor suspension and was constructed with poor material. Even I could see that the support from the two sides of the bridge is extremely weak. It is not an endorsement to go through this bridge until or unless needed.