0
16:42Annual scholarship for young Armenian talents 11:20Ameriabank as a Promoter of Armenian Culture: Launch of “An Armenian Odyssey: The Color of Pomegranates” Festival 9:13Ameriabank Receives Two IFC Awards for Achievements in Trade-Finance Sector 12:59“Khachaturian Trio” is preparing for a large-scale tour: Karen Shahgaldyan 13:59Get a credit card with a limit of up to AMD 5 million by Unibank 13:18all.me in spotlight at Blockchain and Digital Assets Session at WCIT 2019 18:05all.me ready to assist in increasing transit potential of Eurasian Economic Union 18:03Russian First Deputy PM: Information regarding goods on territory of Eurasian Union should be stored on single resource 11:55all.me | Tickets for WCIT 2019 available on meMarket with 25% discount 17:50all.me digital platform becomes WCIT 2019 Special Partner 17:17The first Armenian International Photo Fest opened in Yerevan supported by Tovmasyan Charity Foundation 16:03Yerevan hosts the presentation of Canadian Institute’s (YEDI) Start-Up programs (video) 16:57ANIF announces the appointment of Dominique de Villepin to its Board of Directors. 14:37OFID and Ameriabank strengthen trade and development in Armenia 15:39Intentional distortion of the Constitution is a very dangerous step. I think that the CC members should decide on stopping Vahe Grigoryan's powers. Gor Hovhannisyan 16:23Ara Sargsyan. desire to keep pace with best international practices is in our dna 11:312 nd youth entrepreneurship conference launched in Yerevan 10:02რუსი სახელგანთქმული გოგონები ძუძუმწოვრებით სემენოვიჩთან შედარებით. მიიღეთ გულმკერდის: "ცხელი" ვარსკვლავები დიდი ბიუსტი 16:20The project "Days of Maltese Music in Armenia" is another step towards strengthening the friendship between the Armenians and the Maltese 9:57Three Armenian Banks Finance Significant Investment Deal of Armenian Company
21 November, 2017 16:14

Classical and mixed style fightings has great role in Armenia 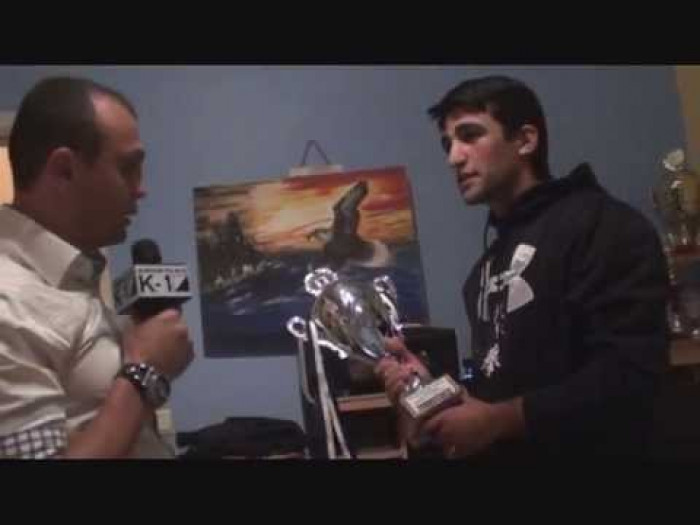 Professional fightings in Republic of Armenia has high degree of development. Often in Armenia, classical and mixed style fightings are taking place. Sportsmen from Armenia, Georgia, Iran, Russia, US and many European countries are participating in these tournaments. These professional fightings called ArmFc and K-1 Armenia, usually gather together several thousand people and millions of Television audience.

Often many known sportsmen with Armenian nationality arrive Armenia to participate in tournaments organized by K-1 Armenia և ArmFighting federations. These Armenian sportsmen consider their honor to have fighting in their country after getting huge experience and high ratings in most important tournaments all over the world and that is why in Republic of Armenia many citizens, getting excited of great results of their beloved Armenian sportsmen start to train day and night, wishing once to repeat the success of becoming kings of professional rings. The great success of Armenian sportsmen in most important tournaments all over the world (Russian Federation, Republic of Georgia, Iran Islamic Republic, People’s Republic of China, EU and even US) almost every month give us reason to feel happiness of new victories. These great sportsmen are the best evaluation of what ArmFighting federation and K-1 Armenia federation does for development of sport in Armenia and the region.

Only above mentioned two federations have their own Television programs and have possibility to broadcast by most innovative and famous TV channels like ATV and Kentron TV. Dinamit (ATV) and Fighting club (Kentron TV) within the framework of these programs one can enjoy the best tournaments of Kickboxing and MMA also with Armenian participants.