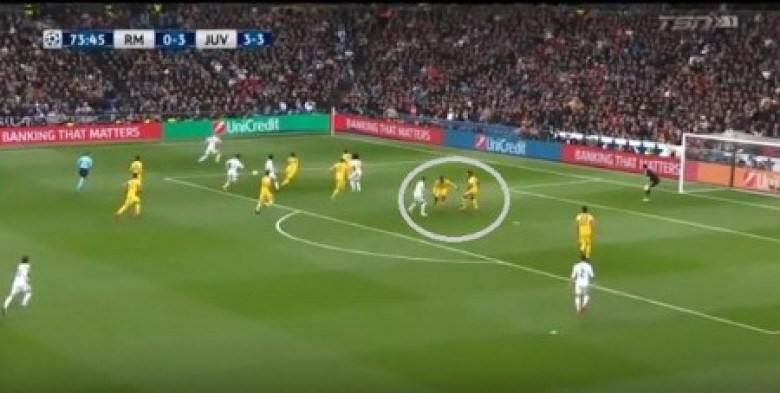 Rotation, innovation and spirit. 3 reasons Real Madrid can beat Bayern Munich
'It's very tough play-offs for Real Madrid, because we faced PSG and Juventus and now we have Bayern Munich for semifinals' Real Madrid legendary forward Emilio Butrageno said after the semifinal draw. These words of Spaniard contain more sense of being proud rather than sense of complaint. Los Blancos are facing the second favourite of the league. But, anyhow, their chances are higher than the chances of Jupp Heynckes's side.

What makes them favourite despite the second leg with Juventus, when current Champions always lost the 3-goal-advantage they had after the away leg? Here are 3 reasons that Real Madrid can beat Bayern Munich and reach finals 3rd year in a row.

After selling James Rodriguez, Mariano Diaz and Alvaro Morata last summer Real Madrid struggled in La Liga. Last season Zidane had different variations to use either in La Liga or in Champions League. For example, Alvaro Morata managed 15 domestic goals, while James Rodriguez provided 9 goals and 5+ assists. And now there were no players to have these roles in the squad despite new transfers.

Everything changed after the winter break. Los Blancos are now battling with Atletico Madrid for the second place, but their priority remains Champioins League. And in such sitation Zidane found adequate solution for midfielders and strikers.

Marco Assensio and Lucaz Vazquez are the jokers to start on the bench, while Gareth Bale and Isco start from first minutes, with Benzema shifting back to create space for Ronaldo. Casemiro and Mateo Kovacic are replacing each other, with Toni Kroos and Luca Modric staying in their places. The presence of Assensio and Vazquez helped Zidane to turn around the match against Juventus (second leg) and PSG (first leg).

Zinedine Zidane used Lucas Vazquez as a false 9 against Juventus in the second leg. Benatia and Chiellini were outstanding against Ronaldo, while Marcelo and Carvajal suffered to make comfortable passes for the strikers. And Zidane decided to use youngster in the place of Karim Benzema, which finally led to penalty in the last minute.

Vazquez wasn't so much concentrated in his right flank, while he was more running to the penalty box to finish the cross or to take the balls from second wave.

Vazquez approaching from the second wave

No doubt, Zidane will use him against Bayern Munich also.

No other team in the world has the same spirit right now as Real Madrid do. There are examples of Barcelona and Leo Messi, Manchester City, who couldn't find enough motivation to make comebacks or save the situation. Even though Real Madrid conceded 3 goals, they were playing offensive style throughout 90 minutes, which finally helped them to achieve the result they wanted.

Every time Zidane's side plays bad matches with Espanyols and Getafes, people think they are out of favourites. But Champions League is the place where only Juventus managed to knock them out in last 4 years (2014/15 season). The ironic thing is that Alvaro Morata was the player to score goals in the first and second legs to prevent Real from Berlin final against Barcelona.

Jupp Heynckes already beat Spaniards in 2011/12 season before Real Madrid started their fantastic run. Will German specialist be able to stop them again? Or Zinedine Zidane will go for another Champions League record? Real Madrid can become the first team after Bayern Munich with Beckenbauer and Gerd Muller to take the trophy 3 years in a row.