On March 1, at the suggestion of the spiritual leadership of the Armed Forces of RA, in Kanaker's Church of Surb Astvatsatsin, a solemn ceremony of blessing and handover of the Crosses of Ashot II the Iron to recruits took place, under the sponsorship of “Tovmasyan” Foundation, after which, Artak Tovmasyan, the head of the "Tovmasyan" foundation, was awarded with golden medal of "Ashot Yerkat".

This is not a new tradition, it began back in the years of Artsakh's struggle for survival, when Armenian soldiers wore crosses on their uniforms and armor.

This badge, which is kept in the Mother See of Holy Etchmiadzin, was proclaimed by His Holiness, in 2012, as the “Guardian of the Armenian Army”. This is a copy of the cross of King Ashot II the Iron, which is considered a historical shrine. 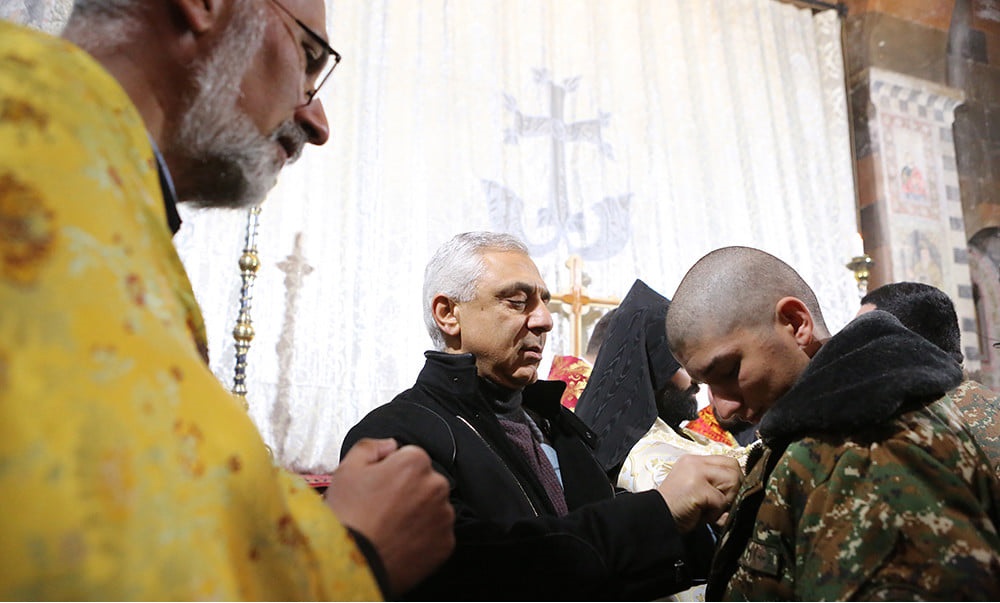 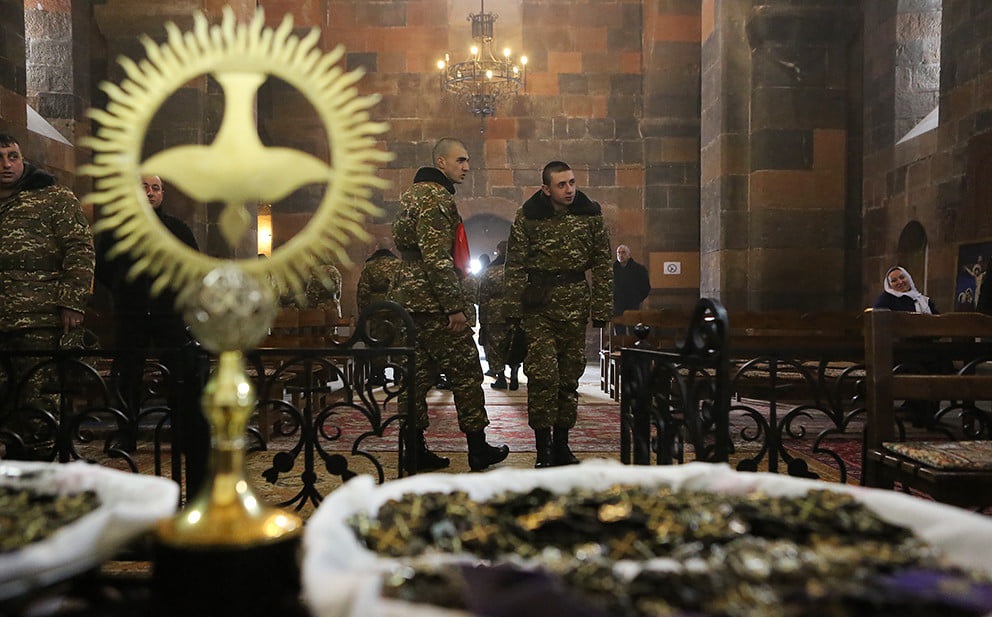 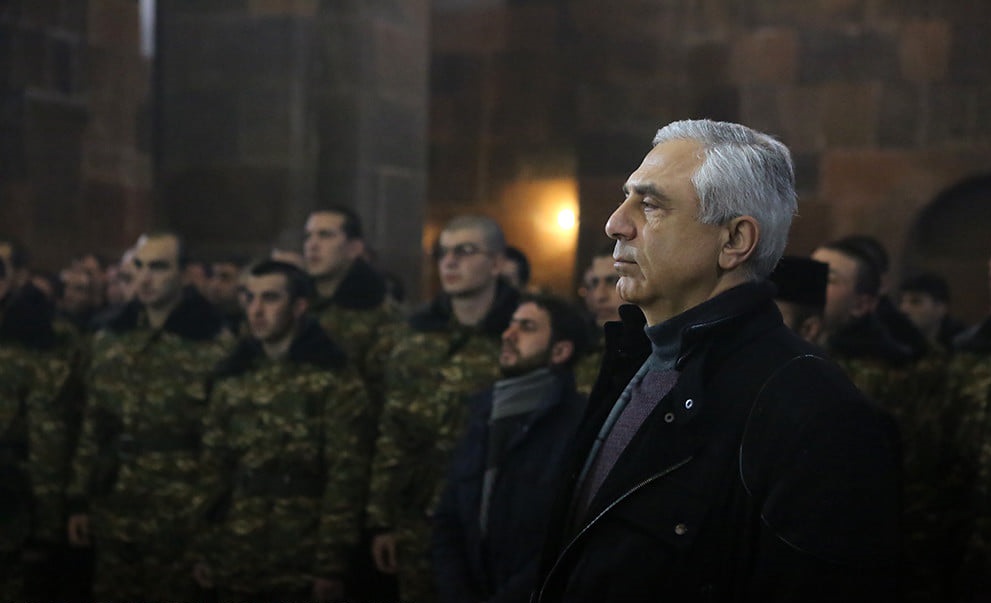