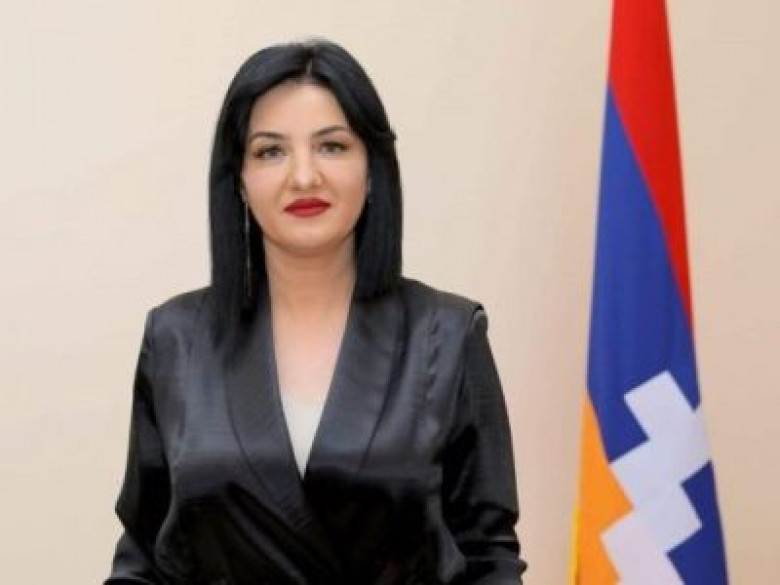 People who picture the reality and look with a clear-head should have realized that there is nothing surprising because about five months have passed since the signing of this disgraceful capitulation, and to this day, the leaders of our two Armenian states are traitorous authorities who handed over the country, and naturally, they would not change the path they have chosen and continue. Artsakh (Nagorno-Karabakh) MP Metakse Hakobyan told this to Armenian News-NEWS.am.
"Now their working style has changed to the extent that the internal tension is getting stronger. First, the plane, which returned [to Yerevan] empty; that is, without any [Armenian] captives [from Azerbaijan], and everyone was saying that the a group would return. (…). And the Armenian government showed the whole world that we have leaders who flee from their own people by helicopter, by all possible means; that is, our army, military leadership is weak; that is, with this they showed something else to their masters," Hakobyan added in particular.
According to the lawmaker, the respective reaction of Rustam Muradov—commander of the Russian peacekeeping contingent that is stationed in the Nagorno-Karabakh conflict zone to monitor the ceasefire there—was very normal, and there were even notes of anger in his voice. "This was the first case that he made a political analysis, although he never interferes in the political life of Artsakh, too. With that one sentence of his, he made it clear that the [Armenian] authorities were very well informed [that there were no POWs on board the aforesaid plane] and once again misled the nation," she said.
According to Hakobyan, all this means that the Armenian authorities are engaged in dealings with the Azerbaijani side. "In order for the captives to return without any conditions, these very conditions were posited  by our authorities before our nation, as this time they definitely showed more clearly that they are collaborating with the enemy, showing the nation that the enemy wants something: the road to Karmir Shuka [village of Artsakh], Meghri [town of Armenia]. "
The Artsakh lawmaker added that the Armenian authorities keep silent about these reports, but the President of Artsakh [Arayik Harutyunyan] has become his spokesman and the slanders of the adversary are voiced through his lips. "Naturally, these calls are not addressed to the people of Artsakh because the people of Artsakh live here and, naturally, see the reality. He tells these lies for those living outside Artsakh and he does it as an order, too. Everything now depends on how the issue of the traitorous authorities will be resolved," Metakse Hakobyan stressed.