Azerbaijan MFA is between a rock and a hard place 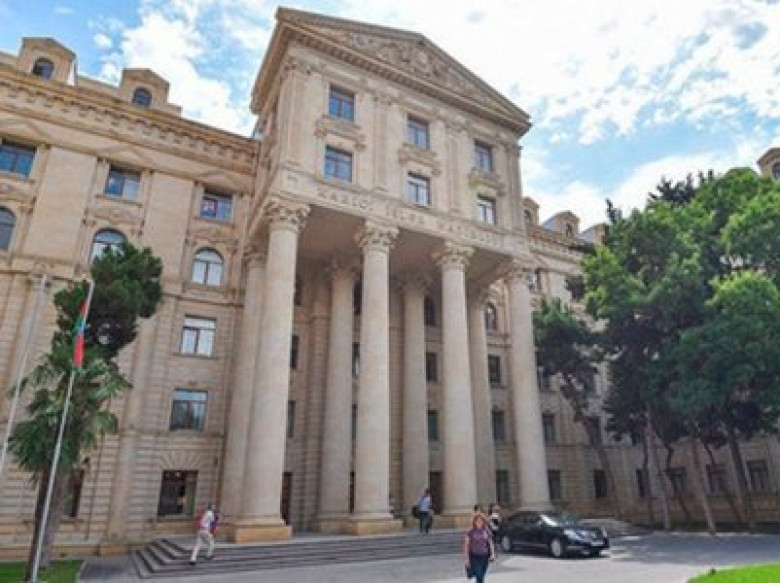 The Ministry of Foreign Affairs of Azerbaijan, violating all accepted norms, decided to comment on the recent remarks by the president of its own country.

At the request of RIA Novosti, Azerbaijani Foreign Ministry spokeswoman Leyla Abdullayeva stated that there is no threat to Armenia's territorial integrity in Azerbaijani President Ilham Aliyev’s words of about the “Zangezur corridor.”

Aliyev on Tuesday threatened Yerevan "by force" to resolve the issue of building the Zangezur corridor via Armenia if the latter refuses to do so voluntarily. Aliyev calls Zangezur and Yerevan "historical lands" of Azerbaijan and declares that the Azerbaijani people have the right to return there.

In fact, the Ministry of Foreign Affairs of Azerbaijan is between a rock and a hard place. Denying the words of their "chief" is fraught not only with dismissal, but also with criminal prosecution, whereas its confirmation would mean a further decline in the country's already severely damaged standing.

"As always, the President of the Republic of Azerbaijan has expressed his views quite clearly and concretely," Abdullayeva told RIA Novosti.

Abdullayeva added that in his interview, Aliyev said also that, "Azerbaijan is ready for cooperation," stressing that "we must look to the future."

The Azerbaijani side, not fulfilling the provisions of the trilateral statement of November 9, 2020 and not stopping its aggressive rhetoric, still accuses Armenia which is trying to defend its rights.