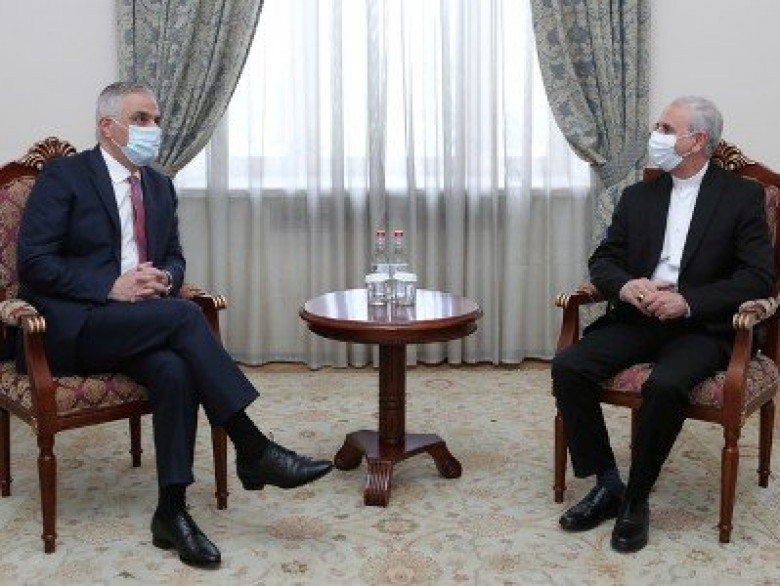 As reported the Government of Armenia, greeting the Ambassador, Grigoryan attached importance to and highly appreciated the relations with Iran and the existing cooperation in various sectors and stressed that Armenian and Iran have a big agenda of bilateral ties.

Iran’s Ambassador expressed gratitude for the reception and stated that Armenia is a friendly and fraternal country for Iran.

The interlocutors discussed the possible directions for development of bilateral ties and touched upon the energy, transport and economic sectors. They also exchanged views on expansion of cooperation within the scope of the Eurasian Economic Union, as well as the prospect for Iran’s entry into the Union’s market via Armenia, which is a member state of the Union.

Grigoryan and Zohouri considered the opportunities for intensification of contacts between the private sectors of both countries and all the preconditions for this. They also touched upon regional developments and the coronavirus vaccination processes.