During the concert, Prince Harry took the stage, receiving a deafening ovation from the audience.

Harry's performance at the benefit concert was his first public appearance since his interview with Oprah Winfrey. 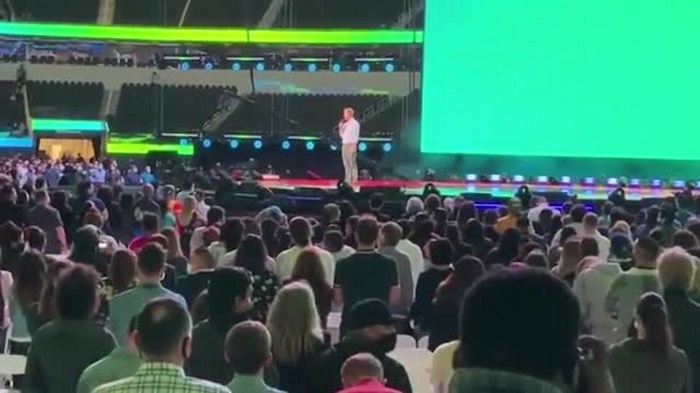 The scandalous interview of the Dukes of Sussex came out at a time when the 99-year-old now deceased Prince Philip was in the hospital. In an interview, Harry and Meghan talked about the difficult life in the palace.

Meghan Markle and Prince Harry got married in 2018. In May 2019, they had a son, Archie. In January last year, they announced their decision to relinquish royal powers and become financially independent, and later moved to the States.