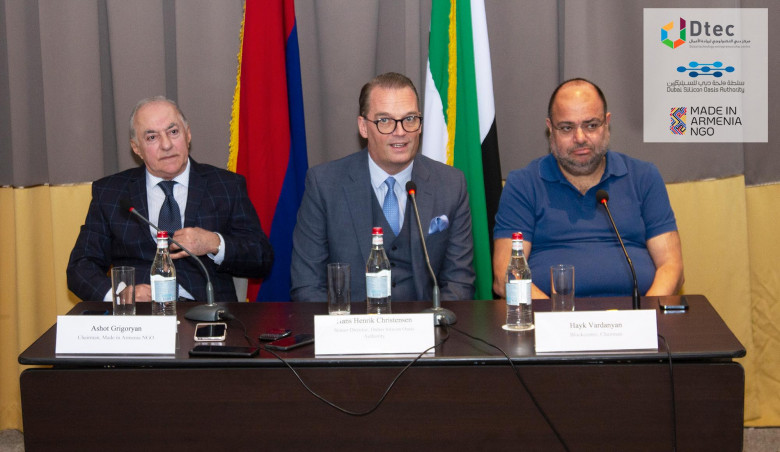 At the invitation of "Made in Armenia" NGO, Hans Henrik Christensen, the Senior Director of Dubai's Silicon Oasis, is on an official visit to Armenia. During today's press conference, he summarized the results of his visit to Armenia, during which he met with RA Deputy Ministers of Economy and High-Tech Industry, visited ISTC Foundation, Union of Employers of Information and Communication Technologies (UEICT) and Union of Advanced Technology Enterprises (UATE). He was also impressed by the meeting at the Tumo Center for Creative Technologies. Ashot Grigoryan, the President of "Made in Armenia" NGO, says that Hans Christensen was impressed by both the Armenian culture and the current state of the IT sector in Armenia. "The main activities of the Silicon Oasis involve the discovery of new and successful high-tech companies and their support through various means to attain even greater achievements. Support for start-ups is also the priority of our NGO and one of the possible directions of future bilateral cooperation," says Grigoryan. Hans Christensen notes: "We studied the possibilities for cooperation between our countries. I think that as a result of these meetings, the signing of new memorandums will not take long. Cooperation is possible in various fields: investment attraction, support for start-ups in the IT sector, tokenization, expansion of Armenian IT companies to UAE, etc.” Hayk Vardanyan, Founding Director of "Blockcentro" company, adds that it has been two years since they started cooperating with Dubai Silicon Oasis. “Our company deals with blockchain technologies. The first project that we want to implement is the creation of a new organization with equal shares - "Tokenization". It is a tool through which assets are digitized. In this case, people can buy and sell assetsmore easily and they become more functional," says Vardanyan. Using the example of bonds, he states that they have a vision to digitize the economy of Armenia. "When we digitize any product, it has no borders, we end up with an economy without borders," he adds. The speakers note that this is one of the first steps for the creation of cooperation between the IT sector of Armenia and Dubai Silicon Oasis, in which "Made in Armenia" NGO will have its own unique place. 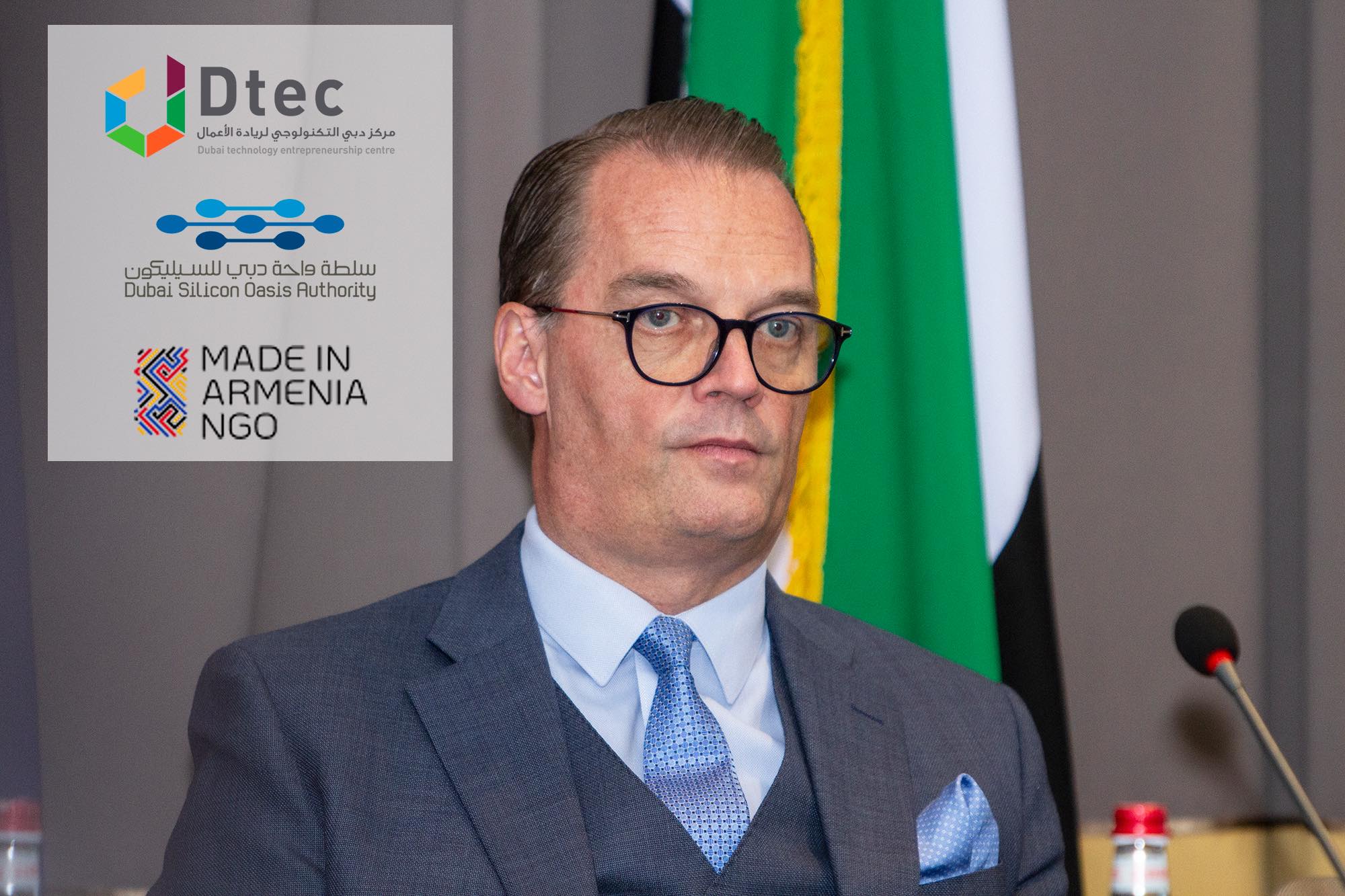 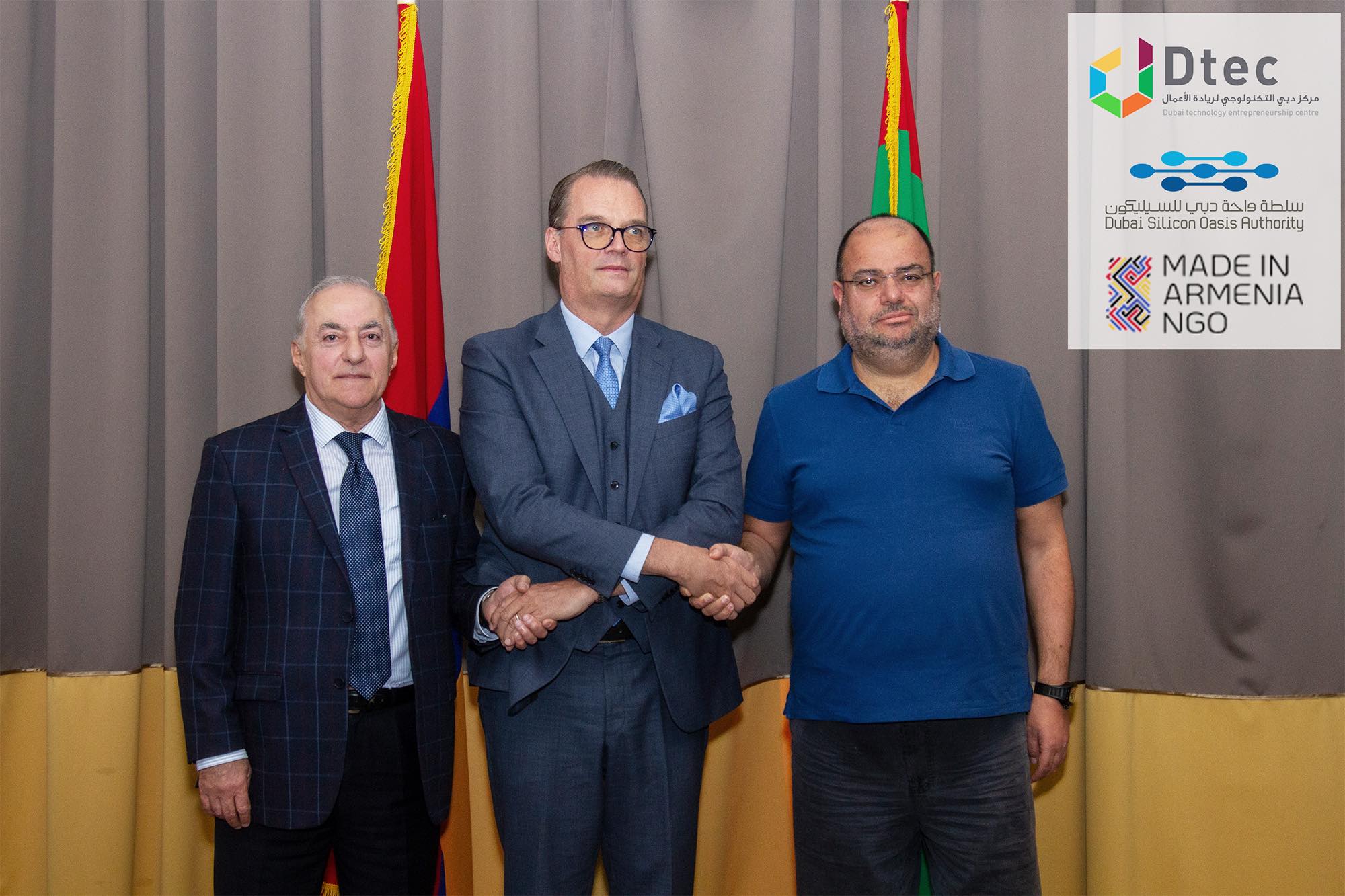