Lebanon official to Armenians: You were killed by sword, we—by famine, blockade, but culprit is one 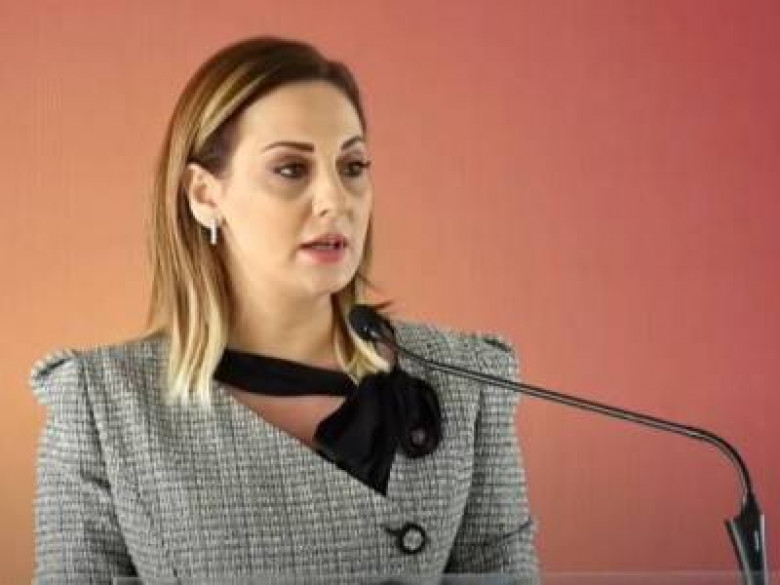 YEREVAN. – The Minister of Youth and Sports of Lebanon, Lebanese Armenian Vartine Ohanian, on Saturday addressed a message on the 106th anniversary of the Armenian Genocide. Ohanian, who is currently in Armenia attending the Genocide commemoration events as a representative of Lebanese President Michel Aoun, delivered his message at the Armenian Genocide Memorial in Yerevan, after paying tribute to the victims of this tragedy.

"The martyrs of the Armenian Genocide remain in our conscience and live in our lives, today and in our future.

There is more than one common denominator between the Armenian and Lebanese peoples, especially in torture, sacrifice, and suffering. You were killed by the sword, we were killed by famine and blockade, but the culprit is one.

Lebanese-Armenian relations have been strengthened especially at the human level, when at the beginning of the last century, during a painful period in history, hundreds of thousands of Armenians, being the target of massacres organized against the Armenian people, settled in Lebanese lands. They became essential components of our homeland, effectively contributing to its political life, social and cultural development.

(…) Lebanon emphasizes the importance of respecting Armenia's sovereignty and its territorial integrity.

From here, from this historic place and this historic moment, let us make sure that the world is free from sentiments of the existence of majorities and minorities.

Michel Aoun reaffirms his solidarity and appreciation for the Armenian people’s testimony rooted in strong faith, which continues in human civilization," reads, in particular, the message.