Al-Arabia: 10,000 people parade with torches in Yerevan in memory of 1.5 million Armenians killed in Ottoman Turkey 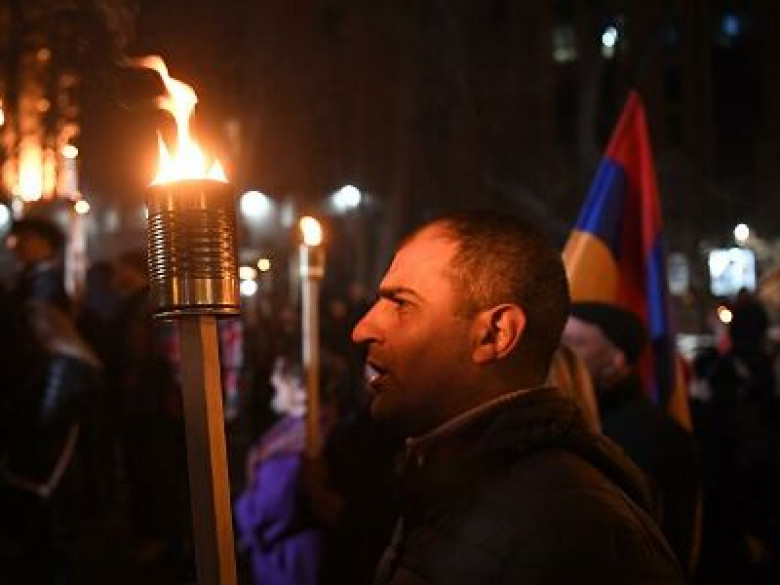 Nearly 10,000 people staged a torchlight procession in Yerevan in memory of the 1.5 million Armenians who were killed over a century ago in Ottoman Turkey, Al-Arabia reported.

The march began from the central square to the huge memorial complex, where the activists burned the Turkish flag. Historians estimate that in the last days of the Ottoman Empire, about 1.5 million Armenians were killed by the Ottoman Turks in what many consider the first genocide of the 20th century.

Although Turkey recognizes the killings during that era, it rejects the term genocide, claiming that the death toll was exaggerated and that these deaths were the result of civil unrest during the collapse of the Ottoman Empire.

Armenia officially celebrates the Day of Remembrance of the Victims of the Genocide on April 24, when the murders began in 1915.

The US State Department referred to the expected announcement of the Armenian Genocide, which, most likely, is a confirmation of the readiness of US President Joe Biden to recognize it.

Washington has so far refrained from talking about genocide. Turkey refuses to talk about the Armenian genocide, while more than twenty countries and many historians recognize it.

Biden will become the first US president to recognize the Armenian genocide under the rule of the Ottoman Empire, the newspaper added.