0
21:59Electronic tips: Idram and IDBank continue developing the customer’s digital experience 16:39Ucom offers buying any gadget without prepayment 16:36"I am in debt but to my homeland." Artak Tovmasyan. "Past" 14:09Artak Tovmasyan and his team of IT specialists introduced necessary steps for the further development of Armenia 19:44No cash: new campaign of Idram and IDBank against cash 14:47IDsalary and IDsalary+. You choose from where to receive your salary 12:26Ucom and “Vega” introduce a special offer 17:55Two Fiat 500 cars from IDBank and Idram 18:56Ucom Offers Cameras, Smartphones and Movies to Celebrate Love 22:04Tovmasyan Foundation President: My political team is working on development programs 16:09Unibank's data center switches to green energy 20:04The director general at UCOM summarized the passing year 14:57Faster internet and 191 tv channels to all Ucom fixed service subscribers 16:34Unibank increased interest rate on deposit up to 10.25% 15:20AN OPEN LETTER TO THE CO-CHAIRMEN OF THE MINSK GROUP 17:27UCOM expands the free access list of educational websites 15:42Armenians around the world unite to protest Turkey and Azerbaijan 16:51PRESS RELEASE: ECR Party Criticises Arrests in Armenia 14:15The “Single Window” System developed by Armenian company IUnetworks was implemented in Tajikistan 17:31Unibank issued USD bonds with 5.25% annual yield
6 April, 2017 11:57 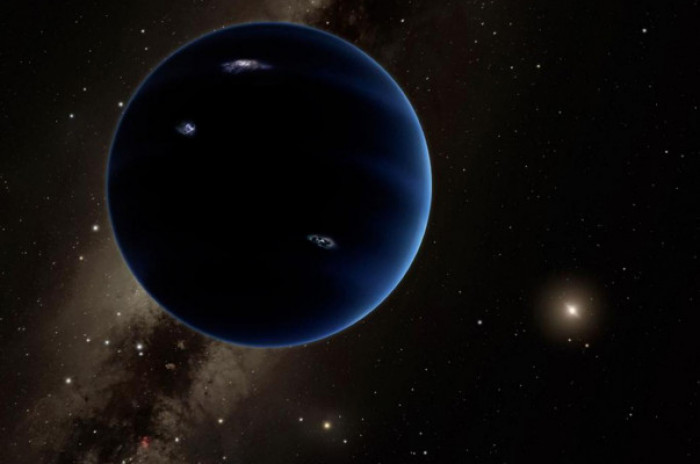 Astronomers might have found a new planet, hiding in our solar system.

And it might have been discovered by citizen astronomers – 60,000 of them, who picked through pictures of rocks and may have found the mysterious 'Planet Nine', the Independent reports.

Astronomers from the Australian National University are investigating four unknown objects, each of which could be a candidate for a new, as yet unknown planet in our own solar system.

The candidates were found by a planetary search that was inspired by a TV programme that encouraged people – more than 60,000 of them – to pick through more than four million objects and see whether they might be a new world.

The search has already found two minor planets. That proves that the approach could eventually stumble on the much-rumoured Planet Nine, they say.

Planet Nine is a hypothetical world lurking on the edge of our solar system. It has never been seen directly – but it has been theorised on the basis of unusual gravitational patterns that seem to suggest something is out there, beyond Pluto.

The citizen astronomers helped rule out large parts of the southern sky, blocking out places where Planet Nine could be situated.

“We’ve managed to rule out a planet about the size of Neptune being in about 90 per cent of the southern sky out to a depth of about 350 times the distance the Earth is from the Sun,” said Brad Tucker, lead researcher on the project.

“With the help of tens of thousands of dedicated volunteers sifting through hundreds of thousands of images taken by SkyMapper, we have achieved four years of scientific analysis in under three days. One of those volunteers, Toby Roberts, has made 12,000 classifications.”

Now astronomers will point telescopes around the world at the unknown objects to find out whether they are Planet Nine, other dwarf planets or just asteroids.