0
21:59Electronic tips: Idram and IDBank continue developing the customer’s digital experience 16:39Ucom offers buying any gadget without prepayment 16:36"I am in debt but to my homeland." Artak Tovmasyan. "Past" 14:09Artak Tovmasyan and his team of IT specialists introduced necessary steps for the further development of Armenia 19:44No cash: new campaign of Idram and IDBank against cash 14:47IDsalary and IDsalary+. You choose from where to receive your salary 12:26Ucom and “Vega” introduce a special offer 17:55Two Fiat 500 cars from IDBank and Idram 18:56Ucom Offers Cameras, Smartphones and Movies to Celebrate Love 22:04Tovmasyan Foundation President: My political team is working on development programs 16:09Unibank's data center switches to green energy 20:04The director general at UCOM summarized the passing year 14:57Faster internet and 191 tv channels to all Ucom fixed service subscribers 16:34Unibank increased interest rate on deposit up to 10.25% 15:20AN OPEN LETTER TO THE CO-CHAIRMEN OF THE MINSK GROUP 17:27UCOM expands the free access list of educational websites 15:42Armenians around the world unite to protest Turkey and Azerbaijan 16:51PRESS RELEASE: ECR Party Criticises Arrests in Armenia 14:15The “Single Window” System developed by Armenian company IUnetworks was implemented in Tajikistan 17:31Unibank issued USD bonds with 5.25% annual yield
28 July, 2017 13:03 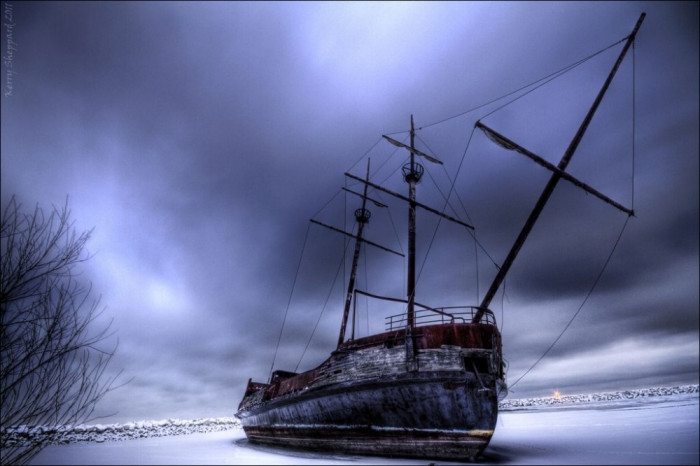 Once upon a time, those mighty brigantines and proud galleons scoured the seas, but now they are underwater, quietly dreaming about vast horizons, deadly storms, lively harbors, and beautiful islands. Oh, the tales they could tell!

Today Bright Side would like to welcome you aboard on some of the most mysterious sunken ships. Ready to risk your life and take a walk among ghosts and mermaids? Ahoy!

This SS Ayrfield ship has an exciting past: during World War II, she carried US troops to the sites of fighting. In the 1970s, she was sent on a ship graveyard near the Olympic Village in Sydney. And by 2000, with the Olympic Games coming up, this war veteran has been turned into an adorable forest island and a tourist attraction.

Swedish flagship of the XVI century

In the depths of the Baltic Sea, just 10 nautical miles from the Öland island, there lies the world’s largest XVI century ship named ’Mars,’ that carried 107 guns. She sank on March 31, 1564, while being attacked by three enemy ships. Specialists have been searching for her since the 1960s.

There are just 600 people inhabiting the tiny islands of the Chatham archipelago. Life here has not changed much since the XVIII century when this place was discovered. It’s a lonely life, with just the skies, the sea, and the wind to keep people company. Fishing is the main trade here, and this ghost ship that used to faithfully serve the fishermen still looks like she’s rushing through the waves.

This eerie ghost ship is a Brazilian yacht shipwrecked in the Ardley Bay. Brazilians were shooting a documentary but strong winds and a raging sea forced them to abandon the ship. Since then, this yacht rests underwater.

This yacht, called Circle Line V, was designed for patrolling the coastal waters of the Atlantic Ocean. She was built and launched in 1902 in Wilmington, changing owners several times during the next 80 years. In 1984, the ship was found abandoned in the Ohio River, near Lourensburg. To this day, no one understands how she ended up here.

This wooden barge ran aground in 1929 and still remains there as a monument to her own tragic death.

This is what she looked like back in the old days

During World War I, the ocean liner SS Maheno served as a military hospital. In 1935, when she was being towed to Japan, she suddenly disappeared and was only found a few days later. As it turned out, a violent storm threw the ship to the shore of a deserted island near Australia. The crew had to live in tents for three days, waiting to be rescued. People were evacuated, but the ship was left to live out her days in solitude.

An old ship on the island of Anglesey, Wales

This fishing boat fits surprisingly well into the minimalistic British landscape. Seems like she’s been here since the dawn of time, listening to the wind that howls mournfully in the cracks of her busted deck.

Dozens of boats are being sent to die on the famous ship graveyard at the Mallow Bay every year. They look like a ghost fleet that keeps going somewhere through the ground, slowly disappearing under the water.

’The Flying Dutchman’ from Gytheio, Greece

This ship has been dreaming of the ocean ever since the last sailor left her. She was wasting her time at the port of Gytheio in Greece when suddenly, the wind changed and she was thrown back out into the open sea by a storm! They managed to stop her movement temporarily, but the anchor didn’t hold. So once again, the ship started rushing through the waves until she ran aground. After this exciting final mischief, ’The Flying Dutchman’ is now resting peacefully in the shallows.

The Bermuda Triangle already ’enjoys’ quite a clouded reputation. The local ship graveyard only adds to the mysteriously melancholic atmosphere.

The last days of the icon

During World War II, the SS American Star used to transport supplies and soldiers. After that, she became a popular cruise ship, a real hit with the public. In the 1980s, they wanted to turn her into a floating prison, and then a hotel. But thanks to a heavy storm, she ran aground and was left to live out her last years near the Canary Islands.

Grounded on coral reefs, Saba tugboat is one of the main tourist attractions in Curaçao. The ship found her second life underwater: she became a home for countless fish, got covered in beautiful corals, and grew to be a real hit with the divers.

This is where the grand staircase used to be.

If the world of sunken ships had a ruler, it would surely be Titanic. She’s been called unsinkable, grandiose, and luxurious. But she tragically collided with an iceberg during her maiden voyage in 1912 — a horrible accident that claimed the lives of thousands. Since then, the Titanic has been resting 2.4 miles below the surface of the ocean for decades, silent and dark, slowly rotting away. Only in 1985 did people risk their lives to disturb the giant, and 10 years later, director James Cameron went down to her several times using Russian ’Mir’ submersibles, doing research for his famous movie.

A passenger boat, that now looks like a terrifying ghost ship, ran aground in 1954.

The Point Reyes is an abandoned fishing boat in the national park of the same name near San Francisco. She has been here alone for a few decades now.

A cargo ship and a fishing trawler, Red Sea

A huge cargo ship at the bottom of the Red Sea, that ran into a reef and sank ages ago, is one of the most famous diving sites. The second one is just another abandoned fishing boat, one of the hundreds in this area. But look at her sadness and beauty!