0
21:59Electronic tips: Idram and IDBank continue developing the customer’s digital experience 16:39Ucom offers buying any gadget without prepayment 16:36"I am in debt but to my homeland." Artak Tovmasyan. "Past" 14:09Artak Tovmasyan and his team of IT specialists introduced necessary steps for the further development of Armenia 19:44No cash: new campaign of Idram and IDBank against cash 14:47IDsalary and IDsalary+. You choose from where to receive your salary 12:26Ucom and “Vega” introduce a special offer 17:55Two Fiat 500 cars from IDBank and Idram 18:56Ucom Offers Cameras, Smartphones and Movies to Celebrate Love 22:04Tovmasyan Foundation President: My political team is working on development programs 16:09Unibank's data center switches to green energy 20:04The director general at UCOM summarized the passing year 14:57Faster internet and 191 tv channels to all Ucom fixed service subscribers 16:34Unibank increased interest rate on deposit up to 10.25% 15:20AN OPEN LETTER TO THE CO-CHAIRMEN OF THE MINSK GROUP 17:27UCOM expands the free access list of educational websites 15:42Armenians around the world unite to protest Turkey and Azerbaijan 16:51PRESS RELEASE: ECR Party Criticises Arrests in Armenia 14:15The “Single Window” System developed by Armenian company IUnetworks was implemented in Tajikistan 17:31Unibank issued USD bonds with 5.25% annual yield
2 February, 2018 18:16 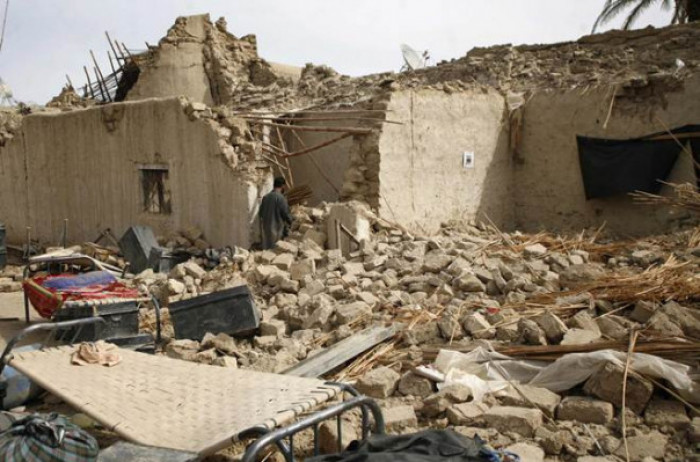 A powerful earthquake has struck north-eastern Iran near the holy city of Mashhad.

The magnitude 6.1 tremor killed at least one person and sent residents fleeing on to the streets as aftershocks shook the region, Independent.ie reports.

The shallow quake is said to have damaged at least four villages near its epicentre in the Sefid Sang district, a remote mountainous area home to 5,000 people, located about 50 miles south-east of Mashhad.

The reports said rescue teams and helicopters had been deployed to assess the damage.

Press TV said at least one person was killed. The semi-official Fars news agency said five people were injured and that mobile phone service and landline telephone lines had been affected.

State media described the depth of the quake as only 6.2 miles.

The US Geological Survey described the earthquake as a 6.1, saying it had a depth of only eight miles.

Iran sits on a series of seismic fault lines and experiences one slight quake a day on average.

In 2003, some 26,000 people were killed by a magnitude 6.6 quake that flattened the historic south-eastern city of Bam.