AC Milan have sacked Vincenzo Montella as manager and placed Gennaro Gattuso in charge of the first team.

The club are seventh in Serie A on 20 points, 18 behind leaders Napoli, after a run of only two league victories in their past nine games.

They drew 0-0 with Torino at home on Sunday and have lost six of their 14 top-flight matches this season.

Gattuso, a former AC Milan midfielder, steps up from managing the club's under-19 side.

AC Milan, who have won the Italian title 18 times and are seven-time European champions, have not finished in the top three in Serie A since 2013. 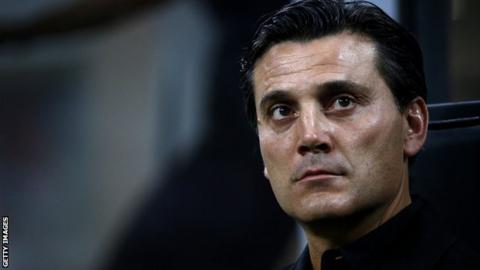