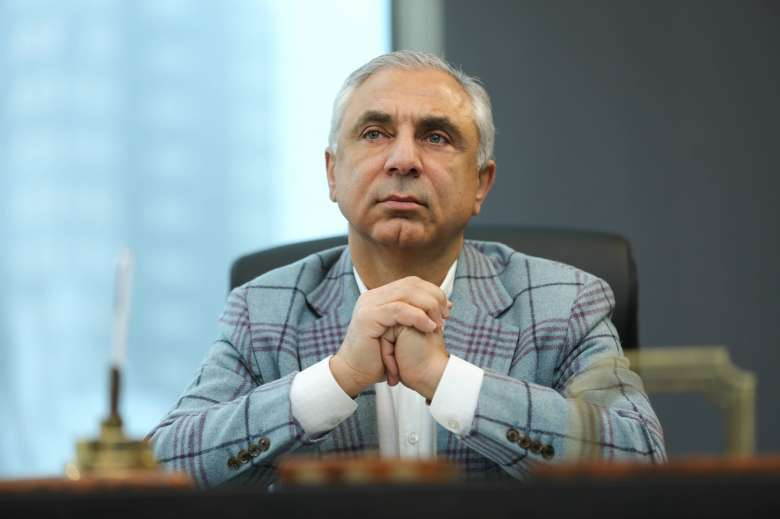 Armenian News-NEWS.am’s correspondent sat down for an interview with President of Tovmasyan Charity Foundation Artak Tovmasyan to discuss post-war issues, the challenges facing Armenia and the paths to overcoming the domestic political and economic crisis.

Armenian News-NEWS.am: Mr. Tovmasyan, Armenia still hasn’t overcome the coronavirus crisis and the consequences of the war. Besides this, the country is in a political crisis. What do you have to say about the current economic situation?

Artak Tovmasyan: The government of Armenia not only failed to prevent the war, but is also failing to “not lose to peace” and continues to fail in all sectors. Even the Prime Minister has hope for his team’s effective management or investments and says economic activity is conditioned by the funds that Armenians working abroad will send to the country. This is what Nikol Pashinyan said during a conversation with a female merchant a few days ago.

Today, there are two major issues, including security and the economy, and Armenia faces serious problems in both cases. As far as the economy is concerned, I can say that, based on the results of the year 2020, the economic activity indicator has dropped by 7.5%. There has even been a decline in the industry sector in which high economic growth had always been recorded over the past years. The service sector (without trade) has dropped by 14.7%, exports — by nearly 4%, imports have dropped by nearly 18%, and in this case, this can attest to the reduction of incomes and living standard of the population.

If you have noticed, there is inflation in the market. What is even ridiculous is that opposition member Pashinyan talked about the price of garlic in parliament (“If there is no pork, eat garlic, do you know how helpful it is?”), but today, during Pashinyan’s administration, even the price of garlic has gone up. In my opinion, this inflation is due to the recent devaluation of the Armenian Dram by 7-8%, the decline of consumption, the negative expectations, and if we look at the list of products with the biggest inflation (sugar, oil and vegetable oil), we will see that, in spite of the government’s assurances, there may also be problems with economic competition, taking into consideration the concentration of the markets for these products.

Armenian News-NEWS.am: Mr. Tovmasyan, referring to the public debt and issuance of Eurobonds, do you see a risk? Recently, businessman Khachatur Sukiasyan, who is close with Pashinyan, said the issuance of $750,000,000 Eurobonds is a positive phenomenon. What would you say?

A few days ago, the government issued Eurobonds worth nearly $750,000,000 with an interest rate of nearly 3.8%, and this also contains risks. Government officials and some specialists proudly state that the interest rate is only 3.8% and that this is a sign of trust, but they forget to say that the Libor interest rate formed in the global market, as of January 29, 2021, made up only 0.12-0.3% (LIBOR USD) and -0.5% (LIBOR EUR), respectively. Basically, Armenia is trusted so much that the interest rate is a ten times higher than the average in the global market. I would also like to recall that in 2009, representatives of the current authorities viewed the $500,000,000-dollar loan taken from the Russian Federation for Libor+3% as an embarrassment. It is also safe to assume that the sum will be spent to cover the current budget expenditures, but such debt tools of Eurobonds mainly need to be applied to implement projects.

Armenian News-NEWS.am: Mr. Tovmasyan, we are talking about inflation, the low economic indicators, the increase of the public debt, and at the same time, we are facing a painful reality — people are emigrating for different reasons. They can either obtain the right to shelter in Europe on the ground of a refugee, or they simply don’t see their future in Armenia. What should be done to prevent emigration?

Artak Tovmasyan: Emigration is not new, but the dynamics can be more dangerous. For instance, according to the data of the Ministry of Internal Affairs of the Russian Federation, nearly 82,000 citizens of Armenia acquired Russian citizenship after the velvet revolution; moreover, over 30,000 acquired citizenship last year, and this says quite a lot. In this sense, the authorities don’t realize that the situation is critical. Unquestionably, economic tension is further increasing the pace of emigration after the war since the state apparatus is paralyzed.

Don’t consider my statement utopic, but it is necessary to reckon with businesses in order to keep citizens of Armenia in the country. The state and business aren’t in line with each other today. We have serious problems to solve in terms of legislation, and the same goes for the tax system and administration. Professional teams need to develop new mechanisms. The current approaches don’t meet the current demands. The approach of the state is age-old and antediluvian and needs to be revisited.

I believe we need to mainly focus on the engagement of investments. We need to simplify all business procedures, reinterpret the existing privileges and make them automatic, without any bureaucracy and visits of representatives of state bodies. We need to make the structures for engagement of investments active and, most importantly, we need to work closely with the Armenian Diaspora. I am well aware of all that goes on in the Diaspora and know very well how interest can be sparked among our compatriots. However, today, the incumbent authorities have problems what with their relations with Armenians abroad. They no longer enjoy the Diaspora’s support, and this will be clear to see during the upcoming all-Armenian telethon. We need to solve the issue of real and free economic competition once and for all. The aforementioned issues show that there is work to do in this field. It is also important for the government to give investors security guarantees because after the war, many investors faced the problem with loss of their properties and businesses, and the government didn’t take any responsibility.

Armenian News-NEWS.am: Mr. Tovmasyan, will the incumbent government be able to govern “post-war Armenia”, or do you see the will to make the changes you mentioned?

Artak Tovmasyan: During one of the interviews I gave last year, I said the incumbent authorities lack professionals, and the newcomers simply don’t understand how they can implement the programs the right way. In my opinion, it is impossible to expect this government to make progress. They have lost time and trust. If you asked me who is capable and with what tools it is possible to get out of this situation, I could say that it would be possible through consolidation of the potential of all Armenians around the world, that is, people who have achieved success in their fields in Armenia and abroad, possess financial resources and have contacts and, most importantly, people who are interested in stability in Armenia and the country’s empowerment. We can reach all this through professional management.

Armenian News-NEWS.am: You have announced that you are entering politics. You talk about the ideal options for solving the problems facing Armenia. Is your political team capable of implementing your ideal options?

Artak Tovmasyan: Of course, it’s not hard to manage a small country like Armenia and get it back on its feet. For that, it is necessary to have the will and professionalism. Armenians need to find the strength inside and stay in Armenia, work and create in Armenia, and we should find options together to get our country back on its feet.

Even now, my political team and I are developing sector-specific development programs that we will present in more details soon. We will particularly focus on healthcare and the development of science and education. There has to be a science-education-economy relationship once and for all. To a great extent, this will be aimed at having a strong army and security, that is, economic development must be in harmony with the development of the army, and there is a need to create a so-called “military economy”, which has been successfully applied in several countries.

I have set the goal to create an appropriate environment so that Armenians become convinced that it IS possible to work and live a dignified life in our homeland. What we have to do is to create a country in which there will be reliability, stability and growth.