BREAKING
13:05 Azerbaijan MFA is between a rock and a hard place 15:29 Karabakh emergency situations service on news about Azerbaijanis entering Stepanakert and making purchases 11:52 Newspaper: Armenia authorities “get to work” 9:28 How does marijuana affect vision? 15:51 Armenia to have trade attaché in Iran 11:45 1,014 new cases of COVID-19 confirmed in Armenia 10:51 Sugar from beans and meat may be effective against brain cancer, research claims 9:48 Armenia Ombudsman to forward to Police a letter regarding threats to journalist and her child 14:41 Lukashenko offers Aliyev help in restoring occupied territories of Artsakh 13:45 Armenia PM: I told Russia President we want ceasefire on condition of returning Azerbaijan territories in 5+2 format 12:14 1,075 new cases of COVID-19 confirmed in Armenia 13:19 Search for fallen soldiers’ remains continues in Artsakh

"I am in debt but to my homeland." Artak Tovmasyan. "Past" 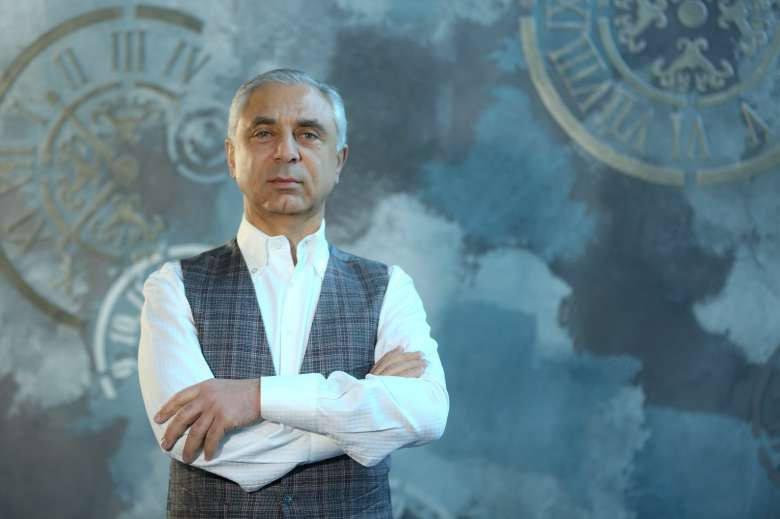 The «Past» newspaper writes: Artak Tovmasyan, the head of the «Tovmasyan» Foundation, does not want to comment on the news that he is entering politics because he has large debts. "This is ridiculous nonsense, what can I comment on?" - he said. We insisted: "After you announced about creating a political team, they write everything about you" “It means I started everything right.” Can you explain what kind of debts are we talking about, at least in two or three words? “All my life I have been engaged in investments and charity, which would have been impossible in the conditions you specified. If we are talking about a debt to the Motherland, then a human life is not long enough to pay it off,” Tovmasyan added half in jest, half seriously in a conversation with Past.

Azerbaijan MFA is between a rock and a hard place

Galaxy Group of Companies has paid more than AMD 11.5 billion in taxes in 2020

What products are dangerous for kidneys?

What foods are dangerous to eat early in the morning?

Is fiber good for COVID-19?

What is likelihood of getting COVID-19 again in healthy young people?

Armenia to have trade attaché in Iran

Unibank is the leader in the number of POS loans

Scientists find hot spots in brain that may indicate cancer

Fatty foods may be good for men, study claims

1st signs of skin cancer: What are symptoms of dangerous disease?

Who in Armenia will be vaccinated with AstraZeneca, Sputnik V vaccines against COVID-19?

What do you need to eat after being vaccinated against COVID-19?

European Champion Samvel Gasparyan: I dedicate my victory to our heroes who died in Artsakh

Is it harmful to eat after 6 pm?

Artsakh MFA: Tragic events in Maragha will remain an incurable wound in memory of our people
All Timeline »
Most Popular
1 New approach could be effective in treating Alzheimer's disease 2 5 symptoms of cervical cancer 3 Azerbaijan MFA is between a rock and a hard place 4 Unibank is the leader in the number of POS loans 5 What products are dangerous for kidneys?
Poll