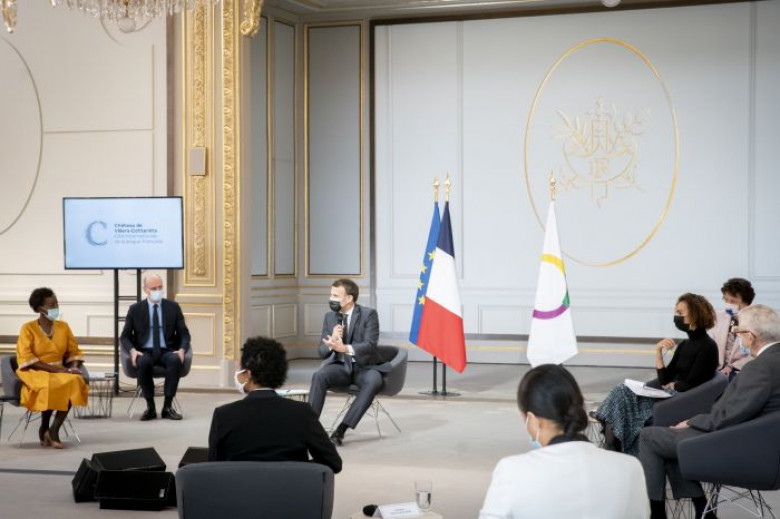 French President Emanuel Macron has backed a decision by French clubs not to join the newly formed Super League.

"The president of the republic welcomes the position of French clubs to refuse to participate to a European football Super League project that threatens the principle of solidarity and sporting merit," the French presidency said in a statement sent to Reuters.

"The French state will support all the steps taken by the LFP, FFF, UEFA and FIFA to protect the integrity of federal competitions, whether national or European," the Elysee added, citing the national, European and globally soccer governing bodies.

Twelve of Europe’s leading football clubs have agreed to establish a Super League, despite widespread criticism of the plans, CNBC reported.

“It is anticipated that a further three clubs will join ahead of the inaugural season, which is intended to commence as soon as practicable.”

The project is being launched to rival UEFA’s Champions League format which currently dominates European football, and it comes as UEFA was due to sign off on plans for an expanded and restructured Champions League on Monday.

UEFA, the FA, and the English Premier League are among others to have expressed opposition, saying in a joint statement that they “remain united in our efforts to stop this cynical project”, adding: “We thank those clubs in other countries, especially the French and German clubs, who have refused to sign up to this.

“This persistent self-interest of a few has been going on for too long. Enough is enough.”

The Super League competition will see 20 participating clubs—15 founding clubs, and a further five teams able to qualify annually based on their achievements during the previous season.

It will begin in August with clubs participating in two groups of 10, playing home and away fixtures, some during the week, with the top three in each group qualifying for the quarterfinals.

Teams finishing fourth and fifth will compete in a two-legged play-off for the remaining quarterfinal spots before a knockout format is used to reach the final at the end of May, which will be staged as a single fixture at a neutral venue.

Club players will be able to continue competing in their national leagues and, as soon as possible after the men’s competition begins, a women’s league will also be launched.