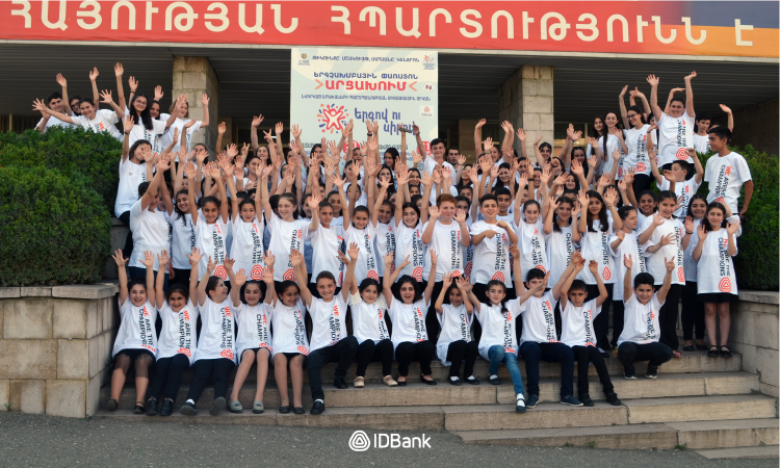 On June 1, IDBank presented a holiday to children of the border villages of Artsakh. A visit to Stepanakert was organized for 220 children from the villages of Karmir Shuka, Karmir gyugh, Sarushen, Kherkhan, Karahunj, where the children watched a children's play at the Vahram Papazyan State drama theater. Then the children were presented with gifts.

The program was implemented with the financing of IDBank. The initiative belongs to Vache Vardanyan from Sarushen, according to whom the children need support after the war. “Initially it was planned to surprise 100 children, but gradually they began to apply from different villages, as a result IDBank presented the holiday to more than 200 children. It is noteworthy that a few minutes after my publication on Facebook, the answer from IDBank employees followed: as far as I know, both the Bank's staff and the Bank participated”, Vache Vardanyan said.

Another event with the support of IDBank also started in Artsakh, but continues in Syunik. The festival, which is held from May 29 to June 5 within the framework of the "Тhe rear is the culture, the border is the center" program, called "With Song and Love", was organized by the Ministry of Education, Science, Culture and Sports and the Children's Philharmonic Society "Little singers of Armenia". The program includes children from acting choirs from the cities of Sisian, Goris, Kapan, Kajaran, Meghri, the villages of Khndzoresk, Shinuhayr, as well as Stepanakert and Martuni.

We decided to organize this festival despite all the difficulties, also thanks to the support of companies that understand the importance of the issue, such as IDBank. In general, the role of business is great in the development of culture, science and education. Whether it be with a song, a word, attention or warmth, we must support people who have gone and are going through the hardest days", the artistic director of the "Little Singers of Armenia" choir Tigran Hekekyan noted.

The Bank informed that this kind of programs will be continuous.

BANK IS CONTROLLED BY CBA