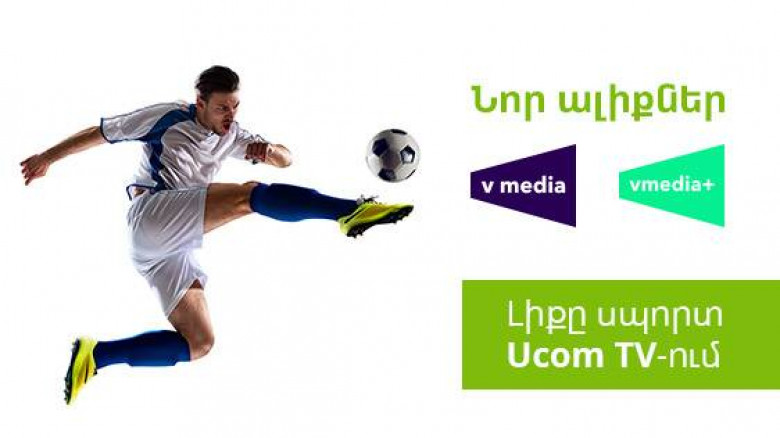 As of today, all Ucom TV subscribers will have access to the first Armenian sports TV channels: the "Vmedia" and "Vmedia +". These TV channels will simultaneously broadcast football, basketball, tennis, Formula 1 and a number of other sports, and tonight Ucom's football fans will watch the final match of the UEFA Super Cup, which is "Chelsea vs. Villarreal".

"Within the framework of the #UcomSport activities we keep on sharing the good news with all our uTV subscribers and sports fans. UEFA Europa League, UEFA Europa Conference League, UEFA Champions League, UEFA Super Cup, UEFA Youth League, Serie A, La Liga, Bundesliga – all these are already a reality for our subscribers, who are fond of sports," said Ara Khachatryan, Director General at Ucom.

Let us add that one can watch documentaries, feature films and TV series about world sports figures via these TV channels. Moreover, the programs and films produced by the two TV channels will also feature stories of different athletes and sports fans.