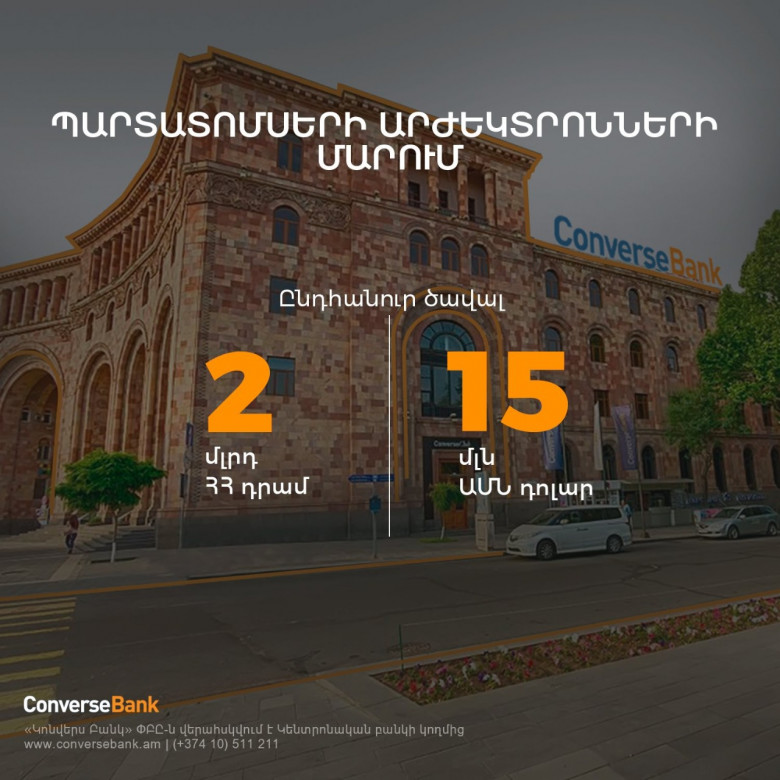 Converse Bank issued the bonds with the mentioned tranches in 2019. The bank has placed in total 2 billion AMD and 15 million USD.