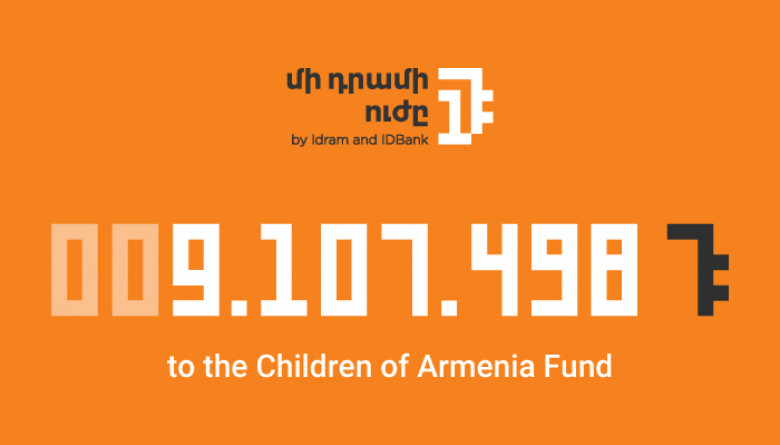 IDBank and Idram have summed up the results of the next program of the “Power of one dram” initiative: the entire amount of “one drams” collected in May and June of this year, 9,107,498 drams, was transferred to the “Children of Armenia” fund.

Director of Idram Arsene Kdenyan says that education is one of the priority areas of corporate social responsibility of IDBank and Idram. “This is another program of companies aimed at developing education in Armenia and especially in the regions. Together with the Children of Armenia Foundation, we believed that by raising one child, we can build a stable and secure future for our country,” notes Arsene Kdenyan.

“The Power of One Dram” initiative is 2 years old, and during this time more than AMD 85 million was transferred to various foundations that carry out important activities in our country.

COMPANIES ARE CONTROLLED BY THE CBA