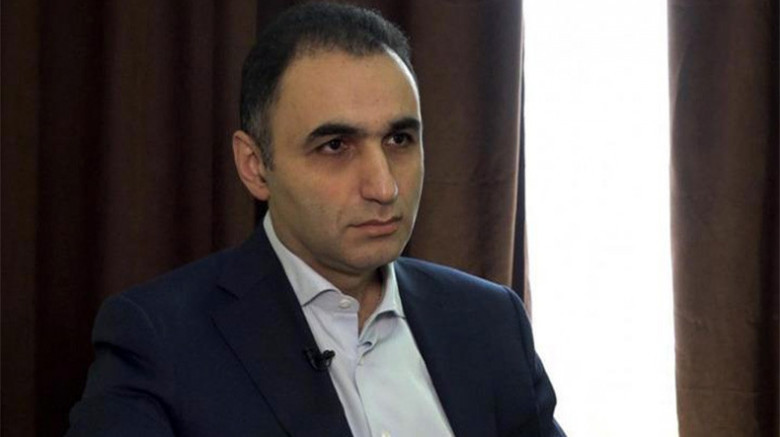 As you remember, yesterday, judge Arusyak Aleksanyan partially granted the petition of the investigator to extend the pre-trial detention for 15 days. We have stated that this is done just so that the investigator and the prosecutor manage to send the case to the court under the conditions of Chalabyan's detention. Otherwise, if Chalabyan was released on July 12, the court would not discuss the issue of custody if the case was sent to the court.

Based on the same hidden goal, yesterday the investigator, grossly violating the order and deadlines of the proper notification provided by the RA Criminal Procedure Code, sent a notification that today, at 12:00, that he will carry out a procedural action in the "Armavir" prison: familiarization with the case materials.

It should be noted that only after this action, the investigator can send the indictment to the supervising prosecutor with a motion to approve it and send it to the court.

We draw the attention of all media, human rights organizations and individuals, international organizations to the fact of this flagrant permissiveness and illegality.

Below is a photocopy of our letter to the investigator and the prosecutor of the city of Yerevan, with all the legal and factual justifications.

It should be noted that political prisoner Avetik Chalabyan, a member of the board of trustees of the "Arar" foundation, is accused of the act provided for in Article 163, Part 3, Clause 2 of the RA Criminal Code, without any grounds, without any credible evidence and the investigation took place with gross violations of criminal procedures.

"I was arrested in a fictitious criminal case, in which there is no real crime and whose only real purpose is to put undisguised political pressure on me and my friends. Everyone who knows me knows very well that I have not committed any illegal act or even any action that could be against our value system. Any political pressure, any criminal case based on obvious machinations cannot divert me from the struggle for our country and statehood," Avetik Chalabyan said in his statement from the prison. Even being in prison, he did not stop his patriotic activities, including publishing the series of articles on the strategic development of Armenia, "Armenia's Fatal Choice", which is available read in Armenian.

Public groups and activists have been fighting for the freedom of Avetik Chalabyan for months for now, calling for the release of Avetik Chalabyan through mass protests, petitions and all means prescribed by law. Five members of the RA National Assembly, "Arar Foundation" and former RA Deputy Prime Minister Dr. Vache Gabrielyan submitted letters of recommendation for the change of his restraining order. A number of public figures, scientists, chairperson and the members of the Parliament of Artsakh, the president, the spiritual leader of the Diocese of Artsakh, and other persons have called for the release of Avetik Chalabyan. According to the reports, Avetik Chalabyan's detention is in the center of attention of international human rights organizations and the press, in the context of the decline of democracy in Armenia as a case of silencing the opposition leaders through the use of fraud and deprivation of liberty. 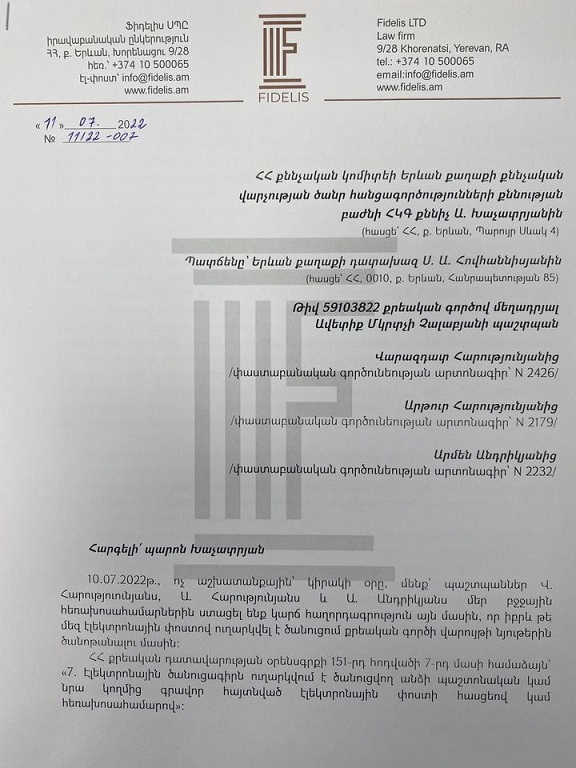 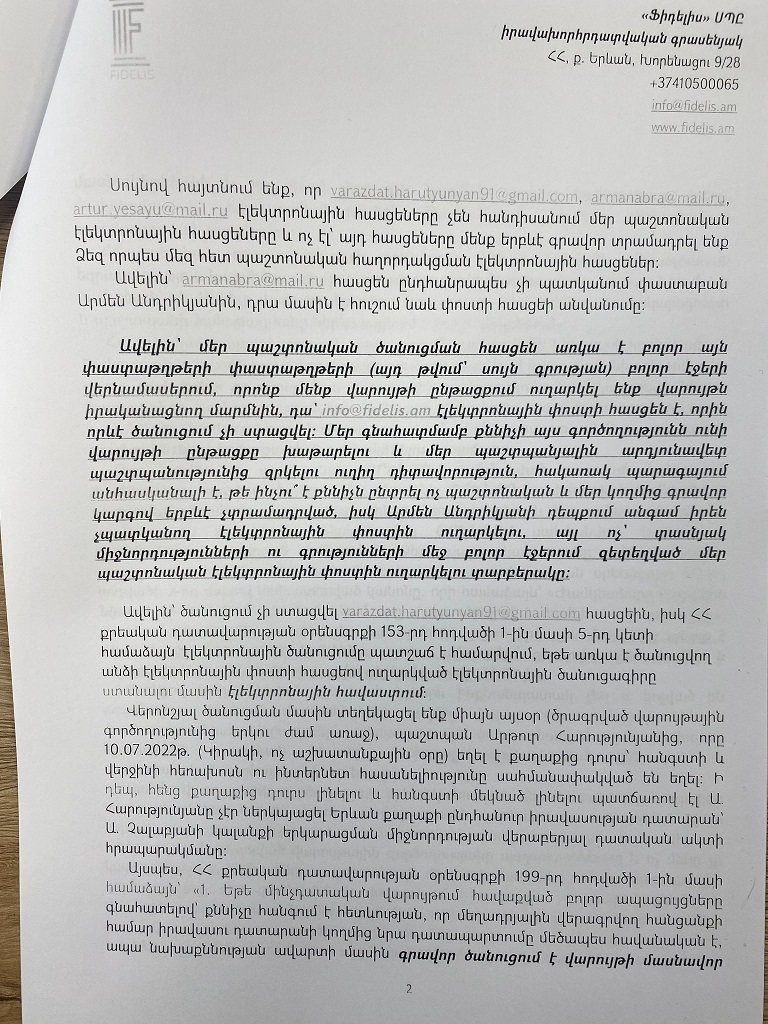 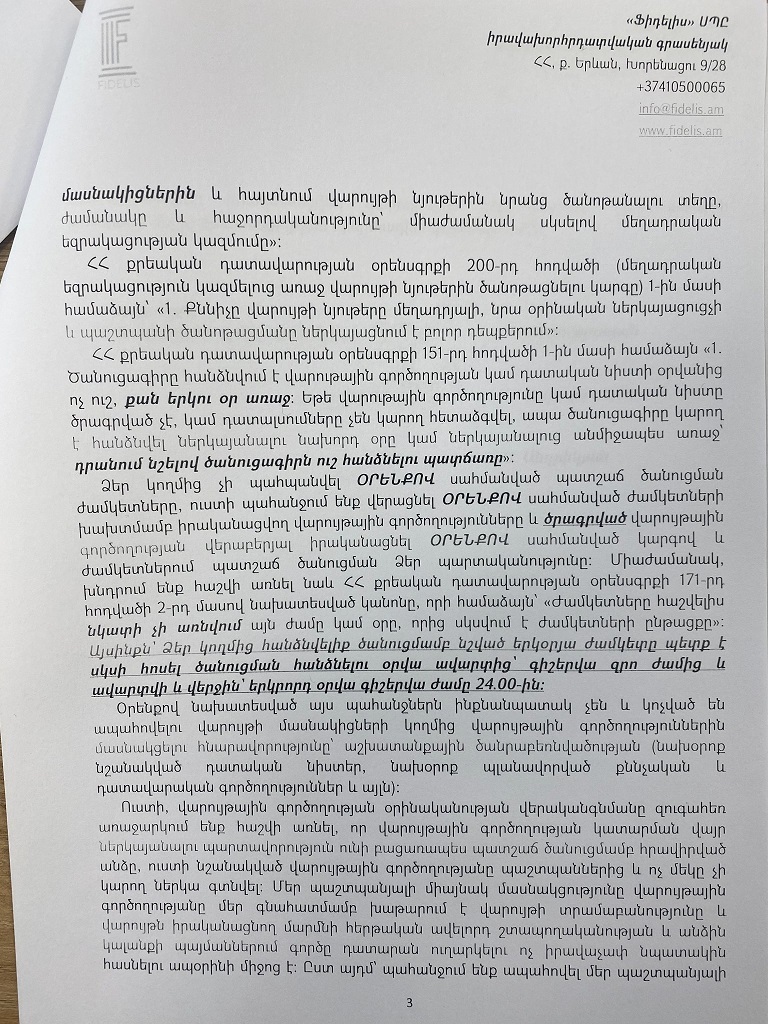 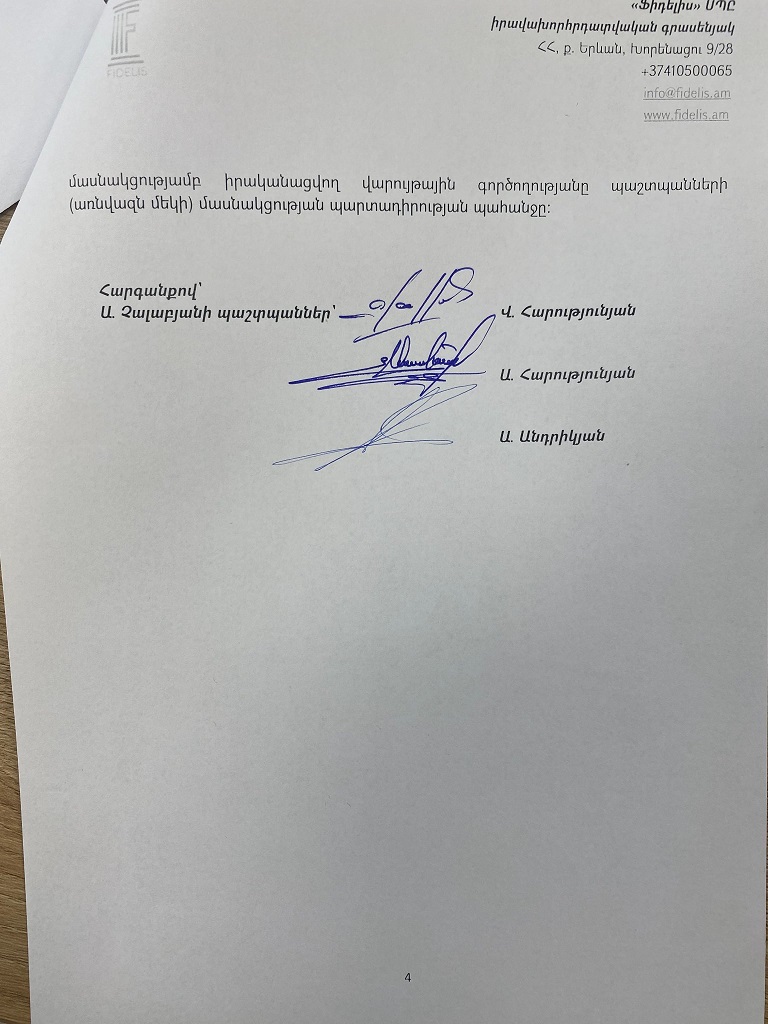