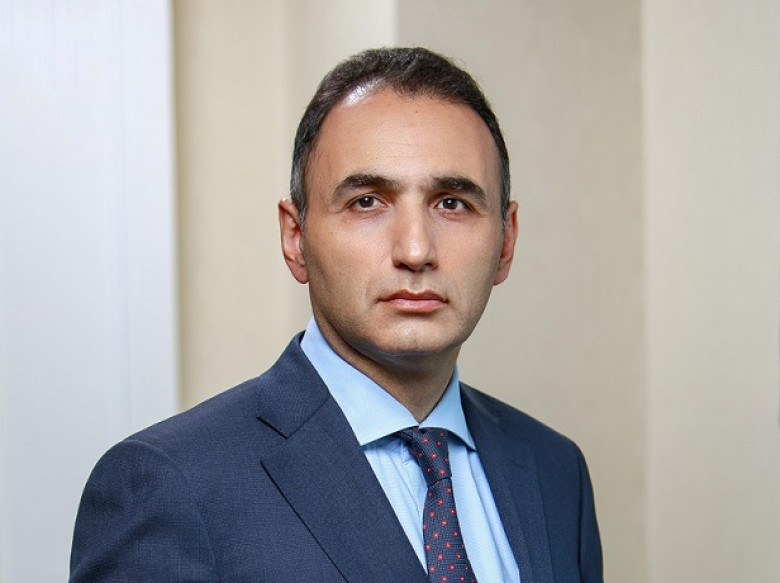 Avetik Chalabyan, an opposition activist and public figure who is illegally kept in custody detained since May 14, 2022, wrote a letter from the Armavir penitentiary. Here it is in full, without editing.

We saw each other every day, his prison cell was opposite ours.

"Armen and I have known each other since 1991. In September of that year, the Club of Cheerful and Resourceful (KVN in Russian) of the Yerevan Medical Institute played in Moscow against the team of Novosibirsk University, and as a fan I joined the team and went to Moscow with them. Unfortunately, our team lost, but with those unforgettable days I have kept friendship with Armen, Gor, Mark, Raf and other wonderful members of the team.

In the following years, our paths diverged, Armen and I sometimes met in Moscow, but we became close again in recent years, when both of us, in different ways, found ourselves in the vortex of the national liberation struggle. In the last two months, Armen and I met every day, his prison cell was located in front of ours, and every day while going for a walk, Armen stopped for a moment in front of our window and greeted us. I was approaching the window and we managed to exchange two words. Each time we promised each other to fight to the end, not only for our freedom, but also against the evil that plagued our country. Every time, Armen cheered me up, joked and smiled, and quickly left under the frowning looks of the prisoners.

On that fateful Friday, Armen approached our cell again in the morning, greeted us, said that he was in a fighting mood, and went to court. He left, never to return, to give his soul to God in front of all of us, and to join the many martyrs of our nation. Armen was only 57 years old, he was cheerful and resourceful all his life, sometimes excessively categorical and radical, but a true, unfailing devotee of his nation and homeland. The heart of such people burns to give light to those around them, sometimes to warm them, and more often to break through the darkness veiling their eyes.

Why do we kill the righteous and enlightened among us?

During the two days that passed after Armen's death, I thought for a long time about him, what or who killed him, and many devotees like him in the past, from Khachatur Abovyan to Yeghishe Charents, from Garegin Nzhdeh to Paruys Sevak. Each of these people brought light and truth to his people, but his death was sealed by the hands of his conventional representatives. Why do we kill the righteous and enlightened among us, for what earthly or heavenly good, why do we constantly make a deal with our conscience - this is what gives me peace, both after Armen's death and before it, because abomination has been with us for a long time.

In the last two months, being in the detention center, I was "lucky" to communicate with various representatives of the "law enforcement" system: judges, prosecutors, investigators and policemen on a daily basis. People with whom I had never interacted in my entire previous life, and who were an unknown new world to me. Most of these people are distinguished by their meek obedience to the government, sometimes to the point of absurdity. Without exception, they realize that in the case of Armen, me, or others like us, they are making an arbitrary and rude order that has nothing to do with law and justice, but they continue to fulfill it with the obedience of a slave.

The investigators and the prosecutor, who simply lost themselves at court sessions and could not justify their decisions. Judges who, under the weight of the arguments of our defense team, were forced to accept the absurdity of my arrest, but after leaving the "consultation room" by some magic trick (presumably receiving a call from somewhere important) changed their position, and with their eyes fixed on the ground, reading quickly only the final part of the court decision, they ran away from the courtroom.

What makes them serve as submissive tools to modern day sultans?

The Ottoman sultans created a corps of janissaries to keep their subjects in obedience from many conquered countries in a few decades. To fill the Janissary corps, Christian boys were taken from their families, forcibly converted to Islam and raised in slavery. Raised, they became fearsome warriors but remained slaves to the Sultan, with no right to property, family, relatives, friends outside the corps, or any other aspect of life. These warriors were as fearsome as they were loyal to the Sultan, and were the main military pillar of his rule for more than three centuries, until their dissolution in 1830.

It seems that two centuries have passed since then, slavery does not exist in our time, people have the ability to freely choose (among others, they can move to the private sector). What then forces them to serve as obedient tools to modern sultans, what forces them to break the law every day, make illegal decisions that cost human lives, bring misfortune, without benefiting anyone.

There is no one-size-fits-all answer to this question, but there are several factors that can collectively explain this phenomenon.

The dictatorial constitution and the person who controls it

This is happening before our eyes and is approaching its final stage, when after capturing the prosecutor's office and the court of cassation, the current government is also preparing to finally capture the Constitutional Court, filling it with its unconditional minions. In such a law enforcement system, there are no more checks and balances, it begins to act as a single monolith and punches the decisions handed down to it.

In this gloomy panorama, the issue of judges deserves a separate discussion. It seems that the Constitution guarantees their independence, because they are appointed for an indefinite period, and not by the parliamentary majority, but by the presentation of the president of the country. But in the "democratic" kingdom of crooked mirrors, in which we have found ourselves today, the president of the country is just an ordinary official appointed by the prime minister, the BDH is occupied by the tactician Gagik Jahangiryan, the judges are afraid of disciplinary proceedings, possible dismissals, their relatives and friends from the day of their appointment. of the criminal cases to be brought against them (to be examined by judges who are as terrified as they are).

It turns out that even two hundred years after the abolition of the Janissary corps, collective slavery is possible, moreover, under the false name of "judicial" reforms, with international grants and technical assistance, it was masterfully implemented in the kingdom of "victorious democracy".

The attentive reader will ask here: we are not a sultanate, and not even a kingdom, we do not have a prime minister elected by the people and a parliamentary majority, and the people are not capable of changing them, if they are really that bad, and they try him everyday. to keep in slavery.

It is a bitter irony of fate that the people (or their active majority) have already given unconditional and unlimited power to the ruling group twice. Moreover, if the first time it was against the background of universal enthusiasm, positive expectations, rejection of the past, then the second time it was a paradox, if not to say "collective self-deception".

It is naive to hope that with "democratic" mechanisms, going to elections every 5 years, it is possible to change this state of affairs: the government, having once subordinated itself to the law enforcement system, is able to keep the less educated majority of the society in obedience through it, and through it to regularly reproduce itself. , keeping the veil of "democracy" from a formal point of view. If someone has doubts, let them study the history of the 20th century, for example, Mexico, which formally had "democratic" elections, but actually had a one-party government for about 70 years.

It will be the same with us, if we do not realize the deception imposed on us, and understand that the primary thing is the rule of law, our individual, collective and national rights, and fight every day consistently for the rule of law and an independent judicial system.

Armen's fight is not over: we must continue it

Armen told me that he would fight to the end and not give up. He really fought to the last breath and gave the fight the most precious thing, his life. However, his struggle is not over, and we must continue it. The end of this struggle should not be the end of Armen, me and others like us, but a truly fair, free and powerful Armenia. Join this fight, everyone in their place, and don't let the slave inside you defeat the free man.