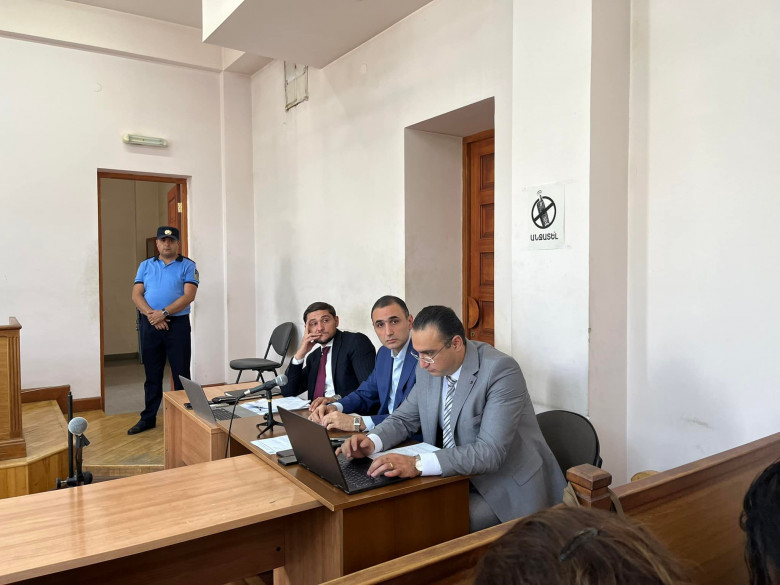 Today, this year On August 3, at 10:00 a.m., the continuation of the trial in the case of Avetik Chalabyan, a member of the "Unification" movement, public and political figure, which started on July 26, will take place. The session is significant in the sense that the agenda will also include the issue of a restraining order. Chalabyan's public defense group issued a statement on that occasion, in which it presented the latest developments in the trial and the last session convened in the case. The message specifically referred to the extensive motion of the defense side to postpone the court session and return the indictment to the public prosecutor with the requirement to comply with the requirements of Article 202 of the RA criminal procedure. In the indictment, the defense side recorded at least 11 significant violations that could be of significant importance in the circumstances of the case, but the court refused to restore the materials for an objective trial.

"Judge Mnatsakan Martirosyan, who enjoys the "irrevocable" reputation of prosecuting the political opponents of the authorities at any moment, first refused to send back the indictments presented by the RA Prosecutor's Office, which were made with flagrant violations of the law, with a marked tendency to hide and sneak all the evidence obtained during the preliminary investigation regarding Avetik Chalabyan's innocence." reads the statement of the public defense team regarding the trial, which described the session as "a theater of the absurd staged by the authorities, in the best traditions of Kafka's "The Trial".

It should be noted that during the trial, the judge refused to recuse himself, even though Avetik Chalabyan's defense attorneys and Chalabyan presented such justifications for the recusal, which were sufficient not only for the recusal, but also for the judge's resignation in general, including the making of illegal decisions highlighted in a number of cases with a political context, which were later overturned in European Court of Human Rights. Moreover, during the trial, judge Mnatsakan Martirosyan decided to exceed all precedents of legal absurdity and forced Avetik Chalabyan to have a public defender, in the conditions where his defense is carried out by the prestigious law firm "Fidelis", Avetik Chalabyan refused the public defender, and even public defender Eduard was engaged by the court. Aghajanyan asked to be released from that absurd duty.

"It is obvious that the current authorities, not coming to terms with the fact that Avetik Chalabyan has been freed by law, and every session of open court hearings makes all the absurdity of the charges against him more and more obvious, are in a hurry to illegally imprison him a day ago, thus continuing the reprisal started with him. According to the newly adopted Criminal Procedure Code, the issue of a restraining order is discussed after the last mentioned issues, and Judge Mnatsakan Martirosyan shows unprecedented haste in the legal practice of Armenia, scheduling a session practically every day, and trying to fulfill the order handed down from above at any cost," the statement of the public defense group says.

Chalabyan's defense team is determined to continue its fight for Avetik's freedom and full acquittal. The statement reads, "We realize that this struggle is being waged not so much for the person of Avetik, but for the establishment of the rule of law and justice in our country, and we are determined to continue it with all our sympathizers, all dedicated Armenians, until the final victory."

Let's remind that Avetik Chalabyan, a member of the "Unification" movement, is accused of materially taking advantage of two or more people, in this case, students, to participate in the gatherings during the Resistance movement in 2022. His defense team announced. "The basis of the accusation is only one edited and inadmissible recording according to the Criminal Procedure Code of the Republic of Armenia, in which Avetik Chalabyan does not make any claims about offering material interest in order to participate in the gatherings. On the contrary, in response to the questions of the interlocutor Tornik Aliyan, who carries out an obvious provocation, he answers that "there are intangible values ​​in life, which are more important." During the face-to-face interrogation, Aliyan claimed that Avetik Chalabyan never offered him money or another material benefit for participating in the gatherings. There is no testimony, including that of Tornik Aliyan, which mentions the name of any second person who is the recipient of material interest."